As the month of Ramzan begins, the Jama Masjid and its grandeur is stunned with people offering prayers and feasting after breaking their fast post sunset.

The month of Ramzan has been one of the most awaited months of the year for every Muslim across the globe. As the month of fasting comes to an end people greet each other with- ‘Eid Mubarak, keeping consistent smiles on their face and the light of god encircling them to another world.

Jama Masjid in Shahjahanabad that is built at an astonishing cost of Rs one million by Emperor Shahjahan and completed in 1656, the Jama Masjid remains the biggest and grandest mosque of Delhi.

Jayshree Shukla, an amateur street photographer and heritage buff brings to you ‘Ramzan series’ as one of the finest humane documents on the month of Ramzan.

Jayshree regards herself as a Dehalvi took every picture with a caption that brings alive the image just as much as it was in reality.  Also been interested in heritage monuments and the syncretic traditions, Jayshree heads to the Jama Masjid in the month of Ramzan.

During the month of Ramzan the Jama Masjid acquires a special significance for the believers. Built at an astonishing cost of Rs one million by Emperor Shahjahan and completed in 1656, the Jama Masjid remains the biggest and grandest mosque of Delhi where people offer prayers and gather for a feast.

Every evening, during the month of Ramzan, as the sun starts to fade, believers gather in the massive stone courtyard of the mosque to wait for Iftar.

Families bring little hampers of food and cold drinks and spread their sheets and settle down there. By the time the time of Iftar is at hand, the courtyard is packed with greetings and fragrance of food.

People arrange the food brought from home or bought from the hawkers below the Masjid and await the two explosions which announce the end of the ‘roza’, she said.

The azaan begins, the lights come on and people begin to eat.

The mosque soon turns into a bejewelled beauty!

Soon it will be time for the maghrib namaaz, she added.

The whole scene as it unfolds is almost surreal in its beauty and a vibgyor of people coming together to celebrate each day. You feel transported in time to another place and another world. It becomes a world where love, peace and prayers take over every other feeling. 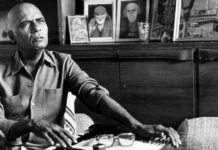 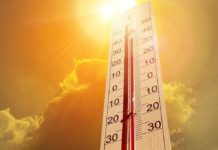 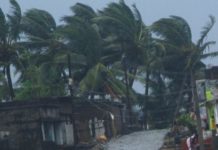 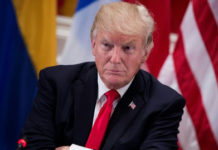 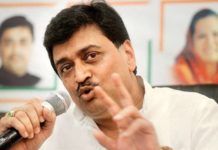 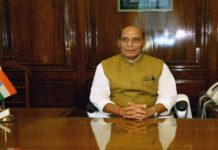