Saina will next face either Thailand’s fourth seed Ratchanok Intanon or Korea’s Sung Ji Hyun, while Sindhu will take on the winner of the match between Sri Lanka’s Kavidi Sirimannage and Thailand’s Nitchaon Jindapol.

Commonwealth Games silver medallists duo of Satwiksairaj Rankireddy and Chirag Shetty, however, couldn’t cross the second round after their gallant fight ended with a 17-21 21-19 17-21 loss against Korea’s Choi Solgyu and Min Hyuk Kang in men’s doubles.

In women’s singles pre-quarterfinals, Sindhu zoomed to a 8-1 lead early on before Gregoria fought back to reduce the gap to 7-10. The Indian then unleashed a smash leaving the Indonesia stranded to enter the interval 11-8.

The 19-year-old Indonesian showed glimpses of her skills when she troubled the Indian with her backhand flicks and reverse slices. However, the experienced Sindhu managed to keep her nose ahead and pocketed the opening game when her opponent hit long and at the net.

In the second game, Sindhu moved to a 6-2 advantage, despite her opponent giving ample display of her defence as she kept returning the shuttle back from difficult positions.

Sindhu was alert, quick on her feet as she made some good judgements to enter the break with a 11-4 lead after Gregoria went wide.

With the crowd rooting for her, Gregoria managed to make it 12-15 after winning eight of the next 12 points.

Power and accuracy in her strokes helped Sindhu to move to five match points with a body smash. The match then ended when the Indonesian went wide next.

In the other women’s singles second round match, whatever resistance Saina faced was in the second game as Fitriani, backed by the fans, created a 8-5 lead but the Indian never allowed her rival to shift the momentum.

Saina hit very deep with acute angles which Fitriani struggled to contend with.

Fitriani hit a smash over the lines, attacking the backhand side of Saina at 19-14 to give the Indian her first match point.

Another return from Fitriani sailed over the baseline, sending Saina to the last-eight stage. Fitriani was part of the Indonesian team which won a bronze in the women’s team event.

“It’s an easy win but she is not easy opponent to play with. She did well against (Nozomi) Okuhora in the team championship. There were pretty long rallies and crowd was also supporting her. The conditions were also tough today, there was more drift,” Saina said after the match.

Fitriani was wildly cheered by the home fans and Saina said it does make it difficult to play Indonesians on their home turf.

“It’s crazy here, it’s like football and cricket matches. You have to play against so many but they cheered for me also, so I am happy. When you keep losing points and crowd gets behind you, it helps. It happened in the second game, she started playing well and got pretty good lead but I am happy I got back from a difficult situation,” she said.

“I have played a lot of finals here so I am used to it but every match is new, so it is still difficult. My movement was good today,” added the London Olympics bronze medallist, who had finished as runner-up at the Indonesian Master here early this year.

The world number 10 Indian said competing at the big tournaments like Asian Games creates additional pressure due to expectations.

“All the big tournaments are tough to play, the CWG, Asian Games, World Championship and Olympics because you are playing against yourself. It comes in four years. It’s not easy to take in the mind and stay calm,” she said. 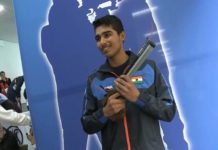 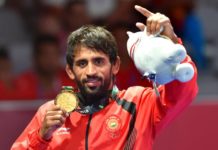 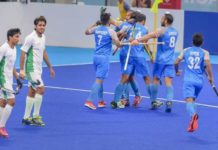 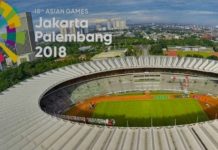 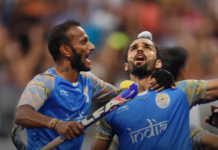 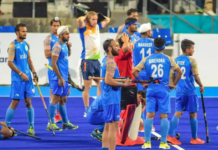 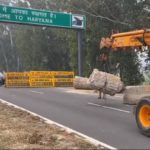