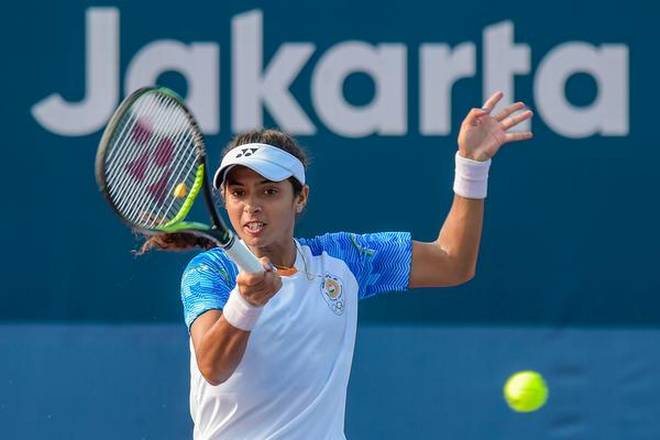 PTC News Digital Team
18th Asian Games: Tennis player Ankita Raina settles for bronze
Indian tennis player Ankita Raina settled for a bronze medal at the Asian Games after losing to China's Zhang Shuai in the women's singles semifinal here today.
Ankita lost 4-6, 6-7 (6) in a gruelling contest that lasted a little over two hours.
India's best women's singles performance in the Games came from Saina Mirza, who notched up a silver in the 2006 edition in Doha, followed by a bronze by her in 2010, Guangzhou.
With today's bronze, the 25-year-old Ankita became only the second Indian woman to have her name in the Asian Games' singles medallists list.
Both the losing semifinalists are entitled to a bronze each in the Games.