The filing of nominations for the upcoming Zila Parishad and Panchayat Samiti elections would start from September 4 and end on September 7, Additional Deputy Commissioner (Development) Dr Shena Aggarwal said Sunday.

She said that the nominations can be filed between 11 am to 3 pm on these days. State Election Commission has already released the advance notification of schedule for Zila Parishad and Panchayat Samiti elections.

According to the spokesperson of the state election commissioner, Punjab, 7th September 2018 is the last day for submission of the nomination papers. 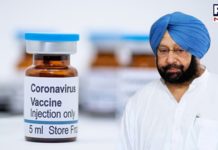