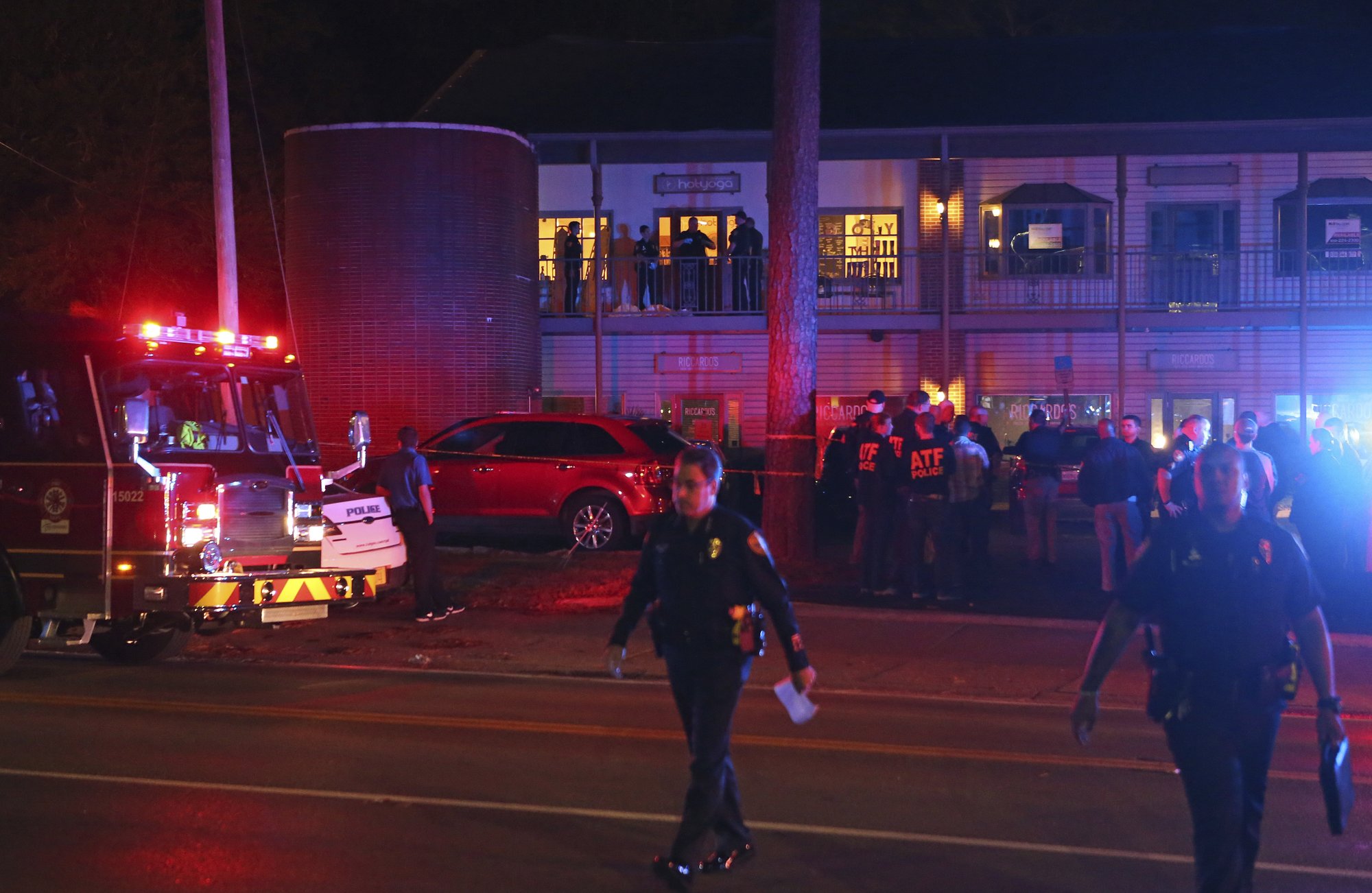 A gunman killed two people and injured several others at a yoga studio in Florida's state capital Tallahassee Friday before apparently taking his own life, the local police chief said.

"About 5:47 pm the Tallahassee Police Department responded...In reference to a shooting," police chief Michael DeLeo said at a press conference.

"Upon arriving on scene, the officers found multiple victims suffering from gunshot wounds." First responders transported five people to a nearby hospital, with two later succumbing to their wounds, DeLeo said.

One of the victims was pistol-whipped, police said.

"There are indications that several people inside fought back and tried to not only save themselves but other people, which is a testament to their courage," DeLeo said.

The shooting appeared to be the act of a single person, with no further threat to the community perceived at this time, according to the police chief.

Tallahassee Mayor Andrew Gillum, who is currently running for governor of Florida and cut short a campaign event to return to the city, tweeted: "I'm deeply appreciative of law enforcement's quick response to the shooting at the yoga facility in Tallahassee today."

"No act of gun violence is acceptable. I'm in close communication with law enforcement officials and will be returning to Tallahassee tonight." (AFP)