Shreyas Iyer out for a week with chicken pox 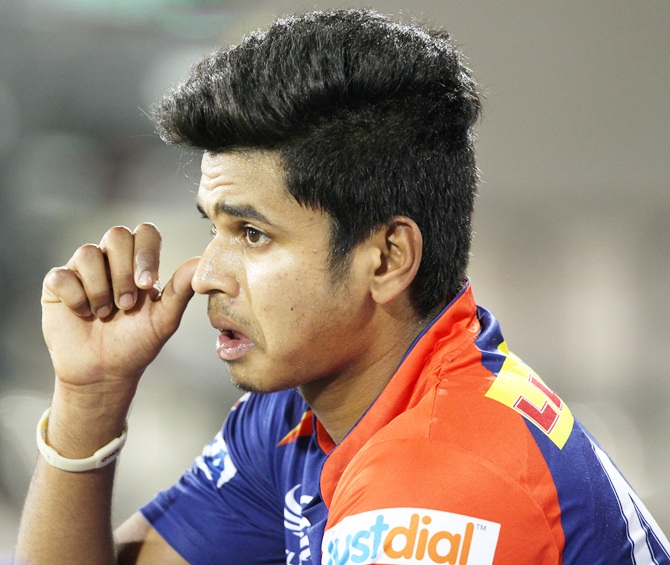 New Delhi: The Delhi Daredevils today suffered a setback ahead of their IPL season as flamboyant batsman Shreyas Iyer has been ruled out for at least a week due to chicken pox.

Iyer is now back in Mumbai recuperating from illness and is expected to join the squad after getting fully fit. It may take around a week before he starts training again.

Iyer's absence during the first week is a big worry for the perennial underachievers with two of their biggest overseas recruits Quinton de Kock and JP Duminy already out of the tournament. Angelo Mathews is also out for a better part of the cash-rich event.

The swashbuckling Iyer was a big hit for the franchise during the 2015 edition while 2016 was not that great.

However, the 2016-17 season had been an impressive one as he was the highest scorer for Mumbai in their Ranji Trophy campaign apart from scoring a double hundred against Australia in a warm-up game. He earned a maiden call up in the Test squad in place of Virat Kohli even though he did not make it to the final eleven.