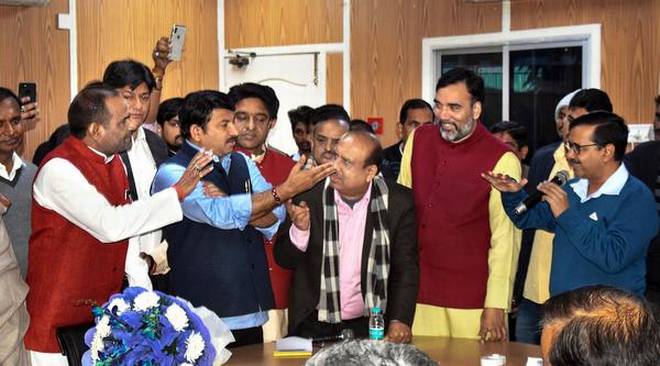 Four AAP MLAs have been booked for allegedly assaulting Leader of Opposition in Delhi Assembly Vijender Gupta, two city mayors and others at the residence of Delhi Chief Minister Arvind Kejriwal here.

The MLAs Jarnail Singh, Akhilesh Tripathi, Jitender Tomar and Sanjeev Jha have been named in the FIR, police said, adding the case was registered based on a complaint by Delhi BJP general-secretary Ravinder Gupta at the Civil Lines police station. 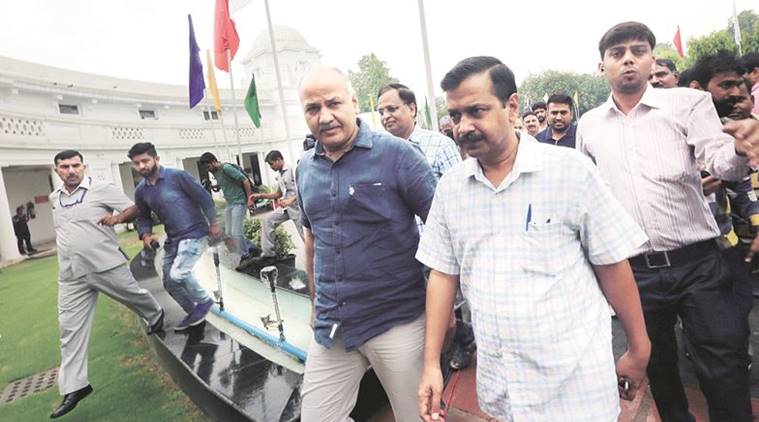 The Leader of Opposition had alleged that AAP leaders and workers "misbehaved" with members of a BJP delegation at Kejriwal's residence. They had gone there to discuss about the relief to traders hit by a sealing drive against illegal commercial establishments on January 30.

The complainant also alleged that woman mayors of BJP-ruled north and east civic bodies - Preety Agarwal and Neema Bhagat, respectively - along with LoP Gupta and his personal assistant were "attacked" by the AAP MLAs, who were accompanied by bouncers.

The Delhi BJP Thursday demanded immediate arrest of the AAP MLAs named in the FIR. PTI