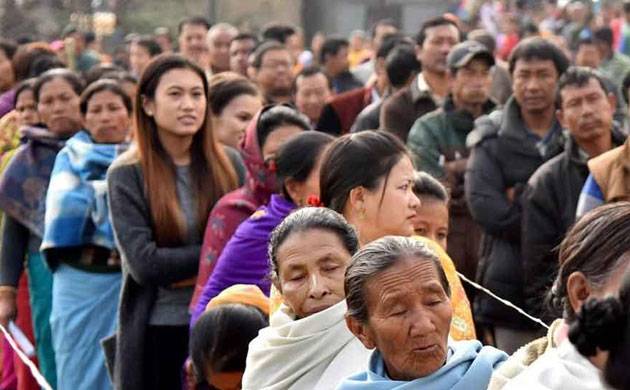 The total voter turnout stood at 74 per cent in the single-phase Tripura Assembly polls today, 17 per cent less than the last Assembly election when the polling percentage was recorded at 91.82.

Voting was today held in 59 of the total 60 seats as polling could not be held in the Charilam constituency due to the death of CPI(M) candidate Ramendra Narayan Deb Barma last week. 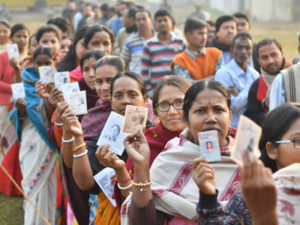 The constituency will go to polls on March 12.

According to the figures released by the Election Commission today, the voter turnout stood at 74 per cent.

The BJP an also ran until now in the north-eastern state, is making a determined bid to demolish the red bastion of 25 years, with stalwarts like Prime Minister Narendra Modi and party president Amit Shah leading the charge. 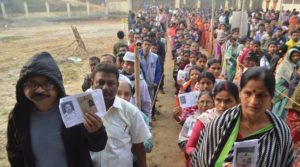 The saffron party, which had forged a pre-poll alliance with tribal outfit Indigenous People's Front of Tripura (IPFT), had fielded 51 candidates. The IPFT, an anti-Left party, contested from the remaining nine seats.

The Congress went it all alone in Tripura this time and contested from 59 seats. The party had not fielded a candidate from the Kakrabon constituency in Gomati district.

The number of voters under the third gender category in the state is 11 and that of the new voters 47,803.