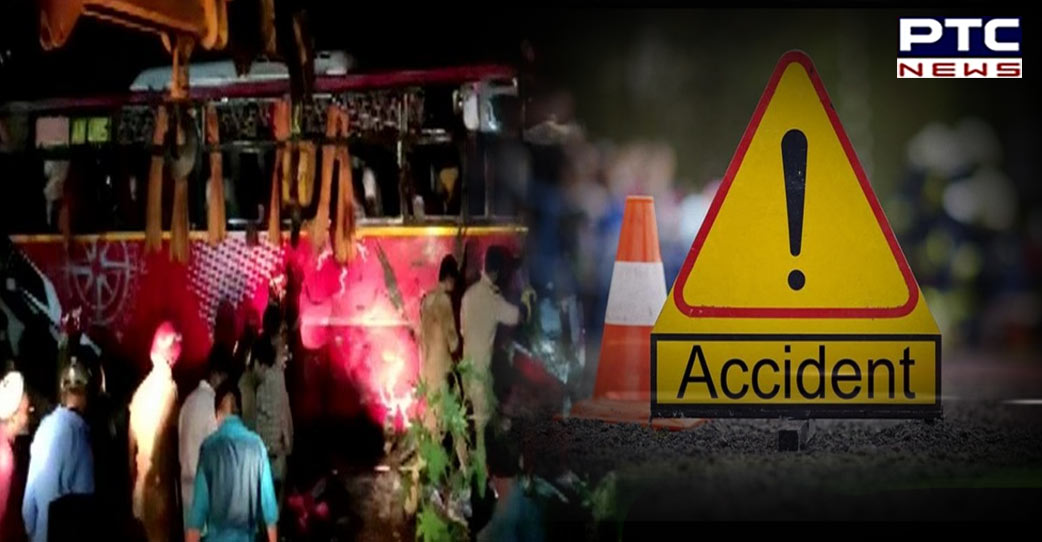 Palakkad, October 6: Nine people were killed and 38 others were injured after a tourist bus carrying students crashed into a Kerala State Road Transport Corporation (KSRTC) bus at Mangalam near Vadakkenchery area of Palakkad, Kerala minister M B Rajesh said on Thursday.

The horrific road accident occurred after the tourist bus rear-ended into the Karnataka State Road Transport Corporation (KSRTC) bus. The tourist bus carrying students and teachers of the Baselios Vidhyanikethan School was headed to Ooty from Ernakulam, while the KSRTC bus was on its way to Coimbatore. The deceased include five students, one teacher and three passengers from the KSRTC bus.

A total of 38 people have been admitted to the hospital.

"Five people sustained serious injuries but they are said to be out of danger," Rajesh said.

Previously, in another instance from Uttarakhand, as many as 32 people were killed and eighteen injured in the Pauri Garhwal bus accident, informed State Disaster Response Force (SDRF) on October 4.

Chief Minister Pushkar Singh Dhami announced financial assistance to the kin of the deceased in the Uttarkashi and Pauri Garhwal tragedies.

Earlier on October 3, a bus carrying a wedding procession of 50 people fell into a gorge near Simdi village in Uttarakhand's Pauri Garhwal district.

A wedding procession had left in a bus from Laldhang an accident occurred. Information is being taken from the family members. A rescue operation is still underway by Pauri Police and SDRF at the spot," said Haridwar SP City Swatantra Kumar Singh.