A look at Modi 2.0's report card on completing 50 days in office 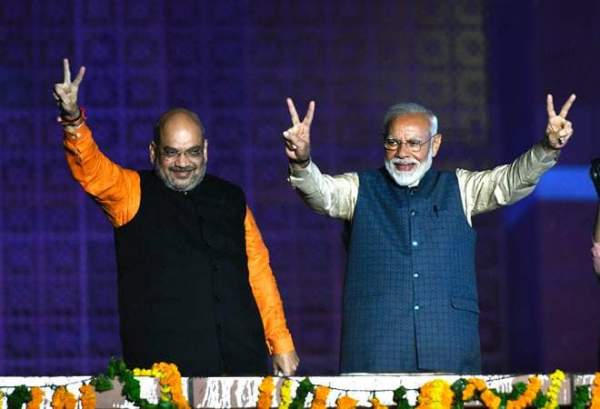 The Prime Minister Narendra Modi-led government recently completed 50 days in office since assuming power for the second time after a comprehensive win in this year's general elections.

The BJP won 303 seats in the 543-member Parliament, and 353 seats in total along with its NDA allies. It was the first time since 1971 that an incumbent government returned to power with such a massive majority. Multiple manifesto promises such as pension schemes for farmers, small traders and unorganised workers, the extension of PM-KISAN scheme to all farmers and setting up of a Jal Shakti ministry have been fulfilled by the government upon assuming power.

In the last 50 days, the government has undertaken a serious of steps such as initiating labour reforms, enacting strong laws against fraudsters and higher MSP for Kharif crops.

The Union Budget, which was presented by Finance Minister Nirmala Sitharaman on July 5, outlines the roadmap for a five-trillion dollar economy and doubling farmers' income.

The Budget aims to ensure the timely reach of electricity and cooking gas connection to every house, ending of angel tax, boosting urban development and the living standards of the citizens, including poor.

By 2022, the 75th year of India's independence, the government will look to ensure that every single rural family has access to electricity and a clean cooking gas connection.

Under the Jal Jeevan Mission, drinking water is proposed to be provided to all rural households by 2024.

In Railways, the government has proposed to invest Rs 100 lakh crore for modernisation of its infrastructure, including railway stations.

The Centre is also developing 17 iconic tourism sites as world-class tourist centres to improve the flow of domestic and foreign tourists to these destinations.

To make India a hub of higher education, the government has proposed 'Study in India' to bring in foreign students to pursue education in the country.

In comparison to the past few years, the ongoing Monsoon Session in the Parliament has witnessed few disruptions. During this session, 17 bills were passed and 104 new bills were introduced.

In the international arena, BIMSTEC leaders had arrived for Prime Minister Narendra Modi's swearing-in ceremony in May at the Rashtrapati Bhawan, outlining the government's Neighbourhood First Policy.

Upon taking office, Modi also undertook state visits to the Maldives to strengthen bilateral relations after ties came under strain recently. He also visited Sri Lanka, thereby becoming the first leader to visit the nation after the horrific Easter Sunday attacks in April.

The Prime Minister strongly articulated India's position against terror at the SCO Summit in Kyrgyzstan and G20 Summit in Japan and also led the world in celebrating the International Yoga Day on June 21.

The Centre has made space exploration a priority and has proposed several missions such as Gaganyaan, India's first human space flight by 2022, Mission to Venus with a tentative launch in 2023, with the objective to study the atmosphere and surface topography of the hottest planet, and Solar mission Aditya L1, scheduled for launch in 2020, to study Sun's Corona and its impact on climatic changes.

The Chandrayaan-2, which will study the surface of the moon, is scheduled to be launched on July 22. It was delayed last week due to a technical glitch.

In the next course of actions, the government will be looking to continue its efforts to address some key challenges.

The Centre will be increasing its efforts to improve the skills of youth in fields of Artificial Intelligence (AI), Big Data, Robotics, and other newer skills. It will also push the Pradhan Mantri Matsya Sampada Yojana to address the importance of critical infrastructure in the fisheries sector.

The government will examine options of opening up FDI in media, animation and some other sectors to boost the FDI flows. (ANI)