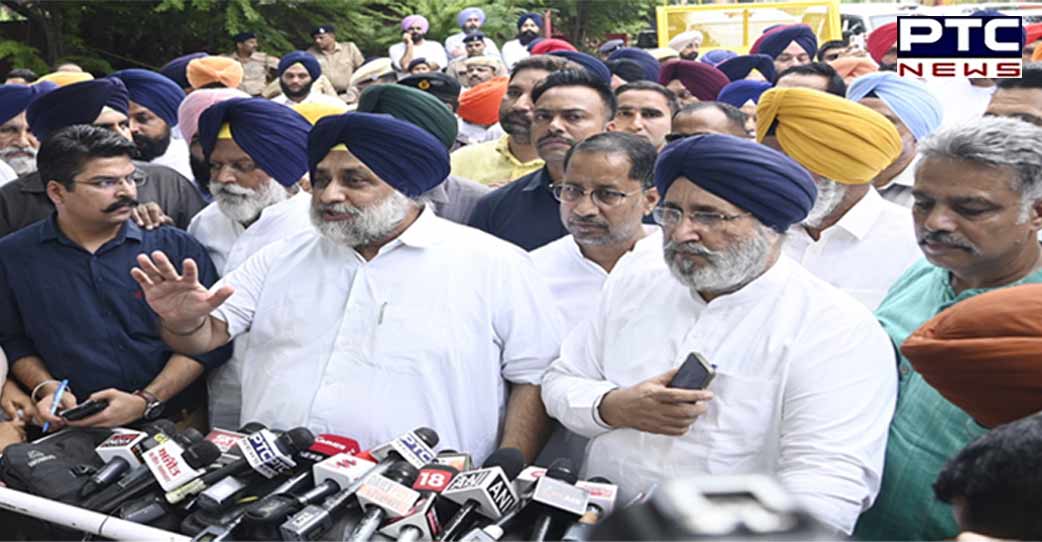 Shiromani Akali Dal President, Sukhbir Singh Badal who was questioned by the SIT regarding the Kotkapura firing case which occurred in 2015, said all police actions are part of a laid down procedure. The decisions are taken by the administration. “I am repeatedly being asked questions about the firing incident even though it is clear that this action was taken by the authorized officer,” he stated.

Asking the SIT to be fair and objective, SAD President Sukhbir Singh Badal said “I am ready for questioning 100 times but this issue should not be politicized”.

Asserting that the AAP government was also following in the footsteps of the previous Congress government, Badal said “I am being summoned repeatedly to divert attention from the scandals of this government, the latest one being the extortion scam of Minister Fauja Singh Sarari”.

Sukhbir Singh Badal added that, "I am hopeful that he will get the punishment of his wrong doings."

When questioned about Operation Lotus, Badal said “there is smoke only where there is fire. It is clear that the AAP legislators are up for grabs. That is why a value is being put on them. They should not become ready partners to switch sides. Then no one will solicit their support or offer to purchase it”.