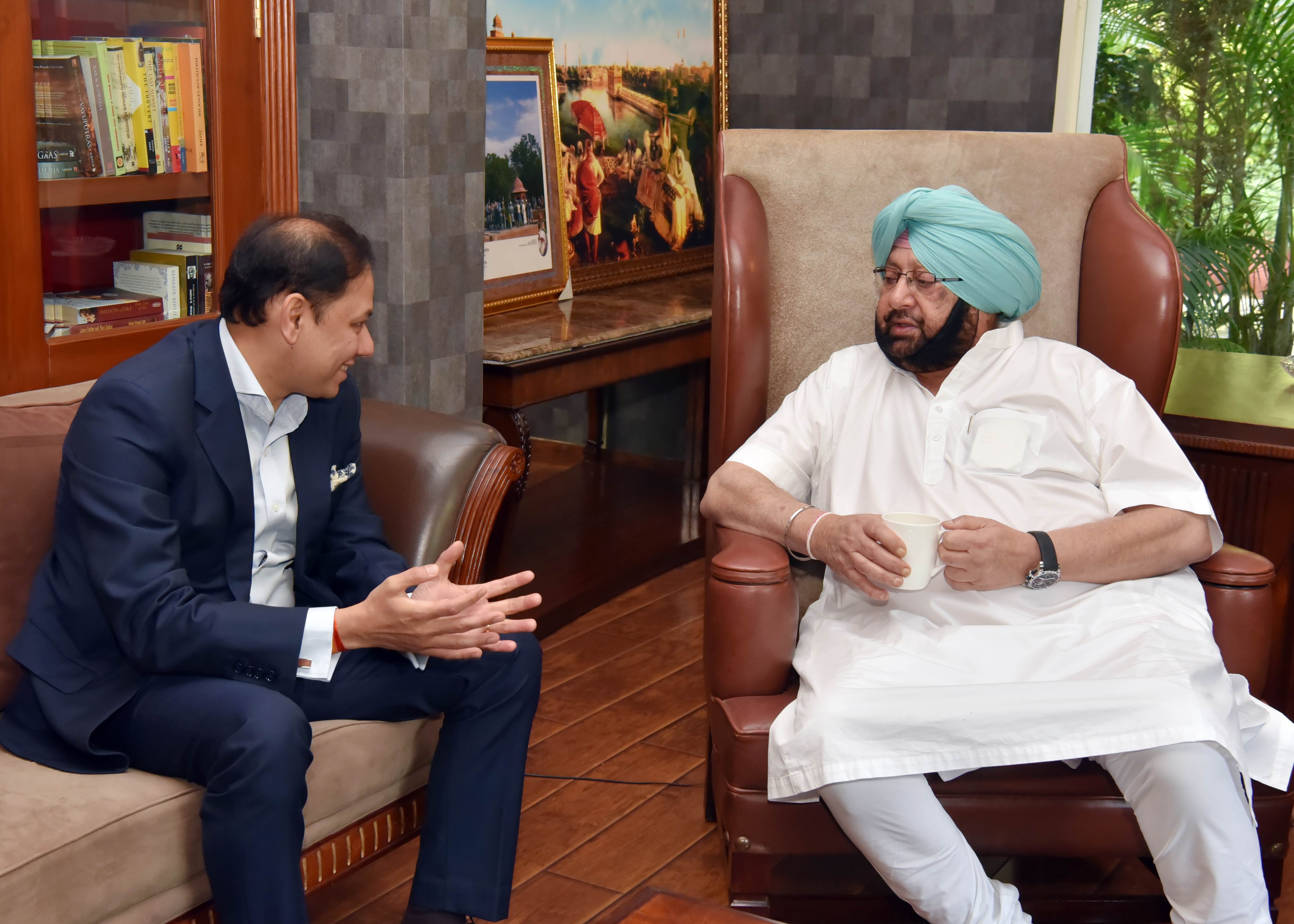 Chandigarh: Seeing the changed industrial climate in Punjab in the wake of the installation of the industry-friendly Captain Amarinder Singh government, one of India's biggest industrial houses, the Adani Group, has evinced interest in expanding its investments in the state.

The Group president and chairman of several key companies of the Gujarat-based group, Mr. Pranav V Adani met Chief Minister Captain Amarinder in Chandigarh on Monday to discuss possible areas of investment for the Group in Punjab.

The Adanis are already running a solar power generation unit in Bhatinda in Punjab and have showed interest in expanding their presence in the state to several other important areas of progress and development, an official spokesperson disclosed after the meeting.

The Chief Minister invited Mr. Advani to share a detailed brief on the various possible areas of the Group’s cooperate with the state. Captain Amarinder welcomed the possibility of greater investment by the Group in the state, saying the diverse business interests of Adanis could help give the much-needed boost to the state’s development agenda.

The Chief Minister pointed out that his government was already in the process of working on a new industrial policy for Punjab, as mandated in his party’s election manifesto. He expressed the confidence that the new industrial policy would make the industrial environment in the state even more amenable to investments by major industrial and business groups.

Mr Adani briefed the Chief Minister about the multiple businesses in which the Group is engaged. Besides being the largest power generator (coal-based, solar and wind) in India, the Group also has the largest power transmission network in the country. Adani Green Energy Ltd had, in 2016, commissioned Punjab's largest solar power plant of 100 MW in Bhatinda with an investment of ₹640 crore.

Another important area of the Group's business is coal mining and trading, and it is the largest coal trader in India. Adani is also building the world’s largest export coal mine in Australia with an ultimate capacity of 60 mmtpa. In Punjab, Adani Enterprise Ltd has supplied around ½ million MT of coal to Punjab’s thermal power plants and is interested in growing this business multifold in view of the improvement in the industrial climate in the state after the change in government.