Adityanath has saved UP from becoming 'Pakistan': Sadhvi Prachi 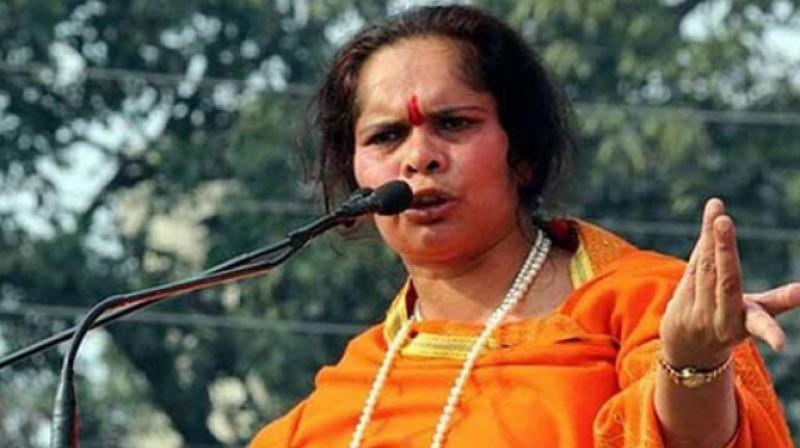 Sambhal (UP): With Yogi Adityanath becoming the chief minster of Uttar Pradesh, the state has been "prevented" from turning into "another Pakistan", controversial Hindutva leader Sadhvi Prachi said.

"By becoming the Chief Minister of UP, Yogi Adityanath has not only ushered in a feeling of happiness and enthusiasm among the public, but also prevented it from becoming another Pakistan," Sadhvi Prachi told reporters here Sunday.

Showering praises on Adityanath, she said the way UP government is probing the works of the previous regime, their reality will be exposed soon.

"This is probably giving them (Samajwadi Party) sleepless nights," she said.

To a question, she said the UP government should also ban liquor in the state.