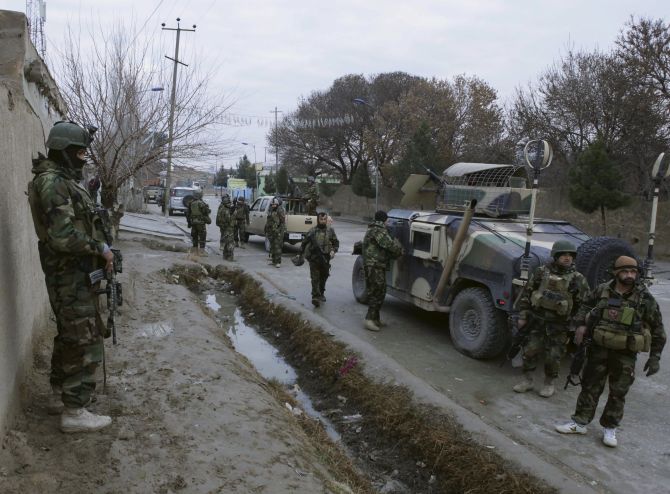 Kabul: Afghanistan today sacked 12 army officers including two generals for negligence over an insurgent attack on the country's largest military hospital, which pointed to a spectacular intelligence failure.

The military head of intelligence and the official in charge of medical support were among those who have been dismissed and will face prosecution, the defence ministry said.

"They have been sacked for negligence of duty over the hospital attack," ministry spokesman Mohammad Radmanish told AFP.

The carnage inside the heavily guarded hospital was a major embarrassment for the military, spotlighting how insurgents have managed to infiltrate top government institutions in Afghanistan.

The defence ministry denies that insiders were involved and asserts that only 50 people were killed. But security sources and the survivors, some of whom counted bodies, told AFP that the death toll exceeded 100.

Public anger has grown over the episode, with speculation swirling on social media that such a brazen attack on the tightly guarded hospital could not have happened without the complicity of high-ranking officials.

The savagery of the assault was characterised by how the assailants stabbed bedridden patients, threw grenades into crowded wards and shot people at point-blank range.
The Islamic State group claimed it was behind the attack via its propaganda agency Amaq -- hours after the Taliban denied responsibility.

But the survivors whom AFP spoke to said the attackers chanted "Long live Taliban" in Pashto and attacked all but two wards on the hospital's first floor, where Taliban patients were admitted.