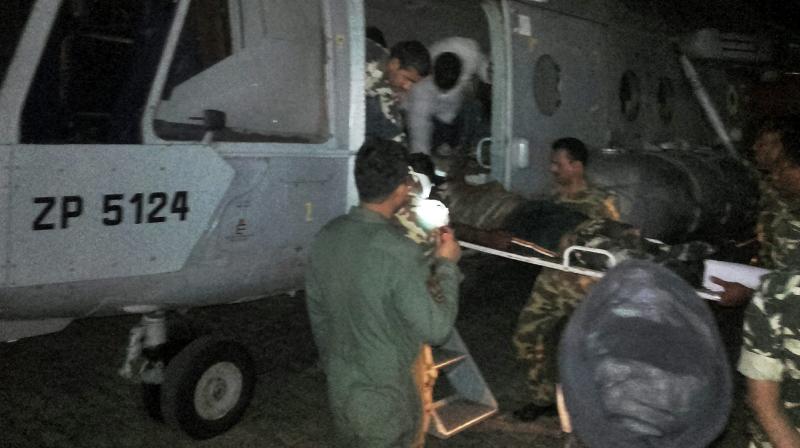 Bhopal: In the wake of the Maoist attack in which 25 Central Reserve Police Force (CRPF) personnel were killed, the Madhya Pradesh police has issued a high alert in the Naxal-affected Balaghat district, a senior official said on Tuesday.

"The areas under Balaghat police range are bordering with the Naxal-affected areas of Chhattisgarh and Maharashtra. So, we have put the security forces on high alert," Inspector General (Balaghat Range) G Janadan told PTI on Tuesday.

He said the patrolling along the borders has been intensified to check the activities of Naxals.

"This area has also been Naxal-affected and the police has intensified patrolling at the borders of Kawardha and Rajnandgaon districts of Chhattisgarh and Gondia district of Maharashtra," Janardan added.

In the fierce gunfire from Maoist guerrillas occupying vantage positions, at least 25 CRPF personnel were killed and seven wounded on Monday.

The Naxalites mounted the assault in the Kalapathar area of south Bastar region, where Left-Wing extremism is rampant.

This was the deadliest guerrilla attack on security forces in the state so far this year.