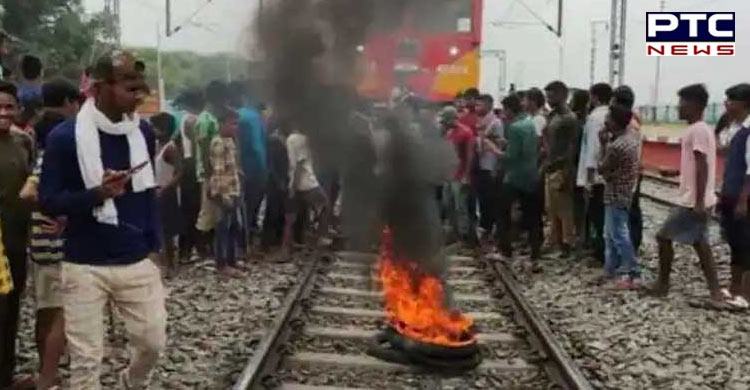 Patiala: The protests against 'agneepath' scheme launched by the union government that has spread across several states in the country have now started impacting movement of coal to Punjab where the coal situation is already critical.

Those privy to the developments stated that arrival of coal rakes has gone down from around 20 rakes a day to 8 rakes a day.

The situation is a little better at Lehra which has 16 days and Ropar which has 17 days of coal stock. The coal stock at Rajpura thermal power plant is of 23 days.

Sources said that the state thermal power plants were already reeling under restricted supply of coal from Coal India Limited and unavailability of enough rakes by Indian Railways.  "The coal which was arriving in the state was barely enough to sustain the day today operations of the thermal plants and any further reduction in coal arrivals can create senior problems for Punjab," a senior official of the PSPCL said.

The official said PSPCL was to ensure 8 hours of uninterrupted power supply to agriculture connections during the ongoing paddy season and the developments that were taking place were not comforting.

It is learnt that onset of monsoons in the mining areas severely impacts the mining operations and creates coal shortage across all thermal plants in the country. Under these circumstances PSPCL officials are keeping a closed watch over the development and are making and all out effort to ensure that normal moment of coal rakes is maintained.