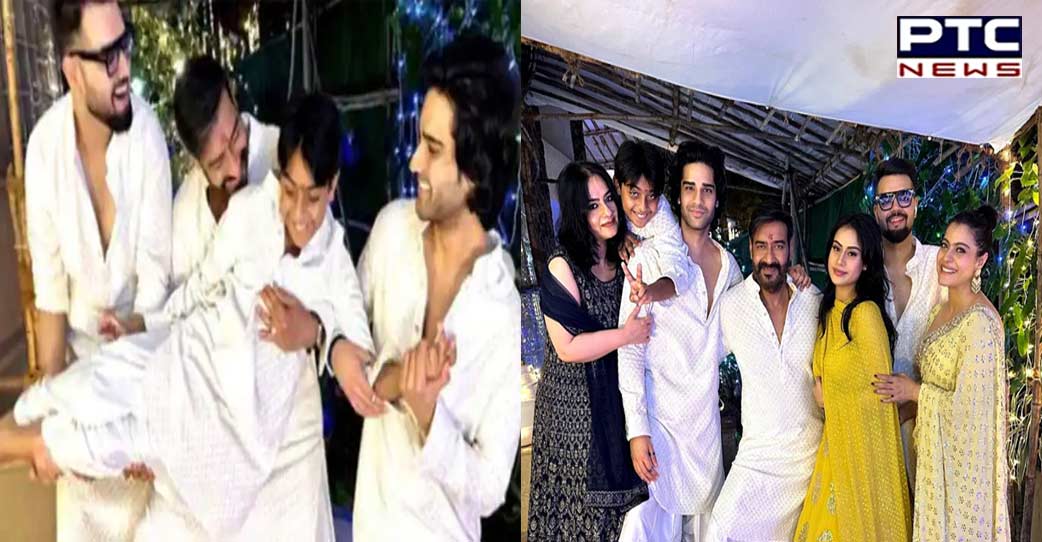 Mumbai (Maharashtra), October 25: On Diwali, everyone made an effort to light up not just their homes, but also their social media accounts.

Ajay Devgn, like others, treated fans by sharing a glimpse of his Diwali celebrations with his family. He posted several photos on Instagram. In one of the photos, he is seen wearing a white kurta with his son Yug and nephews Aaman and Daanish Gandhi.

For the caption, the Bollywood star picked one of Amitabh Bachchan's famous dialogues in the film Mohabbatein. "Parampara, Pratishtha, Anushasan," Ajay captioned the post.

Reacting to the caption, a social media user commented, "Hahahha caption has a Big B connection. Loved it."

He will also feature in 'Drishyam 2' in November. The actor also has 'Bholaa' in his kitty.