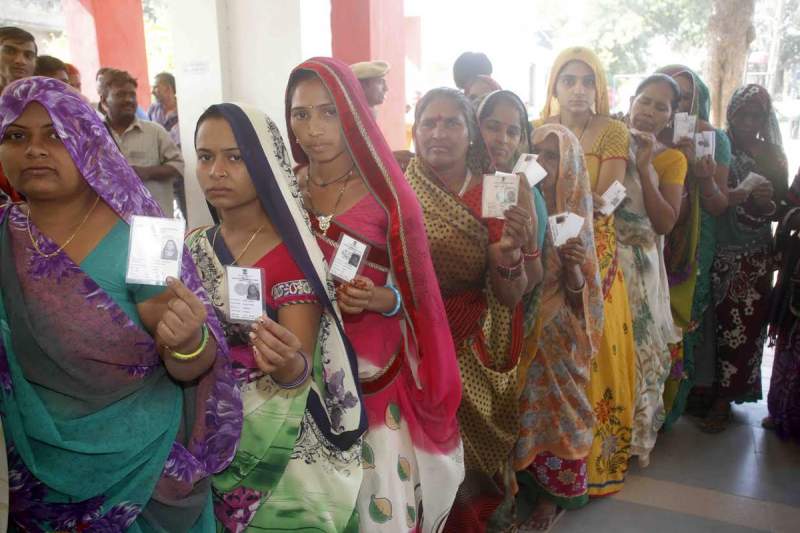 Gujarat recorded 64.11 per cent voter turnout in the Lok Sabha elections Tuesday, the highest since the state's formation, the Election Commission has said.

Polling for all the 26 parliamentary constituencies in the state was held Tuesday.

In 2014, amid a `Narendra Modi wave', the would-be prime minister's home state had witnessed 63.6 per cent polling.

Asper the data released by the Election Commission Wednesday evening, 64.11 per cent of the 4.51 crore voters exercised their franchise Tuesday.

Brisk polling was recorded since early morning in spite of the sweltering heat. In the first five hours (by one pm), 40 per cent voting was recorded.

Barring these five seats in the Kutch and Saurashtra regions, all other seats recorded polling percentage of 60 or above.

Gandhinagar, from where BJP president Amit Shah is contesting and where Prime Minister Narendra Modi cast his vote, recorded 65.57 per cent polling.

Four seats of central and south Gujarat recorded over 70 per cent turnout.

The highest polling was recorded in Valsad at 75.21 per cent.

Barring Vadodara, which is an urban seat, other four are tribal-dominated areas.

Chief Minister Vijay Rupani, speaking after casting his vote Tuesday, had said the high turnout will favour the BJP. "The voting percentage is almost same or even higher than 2014, which indicates there is a wave in favour of Modi," he said.

On the other hand, senior Congress leader Bharat Solanki had said that his party, which had drawn a blank in 2014, will do well this time.

"The people of Gujarat have come out in large numbers to vote out the BJP," he said.