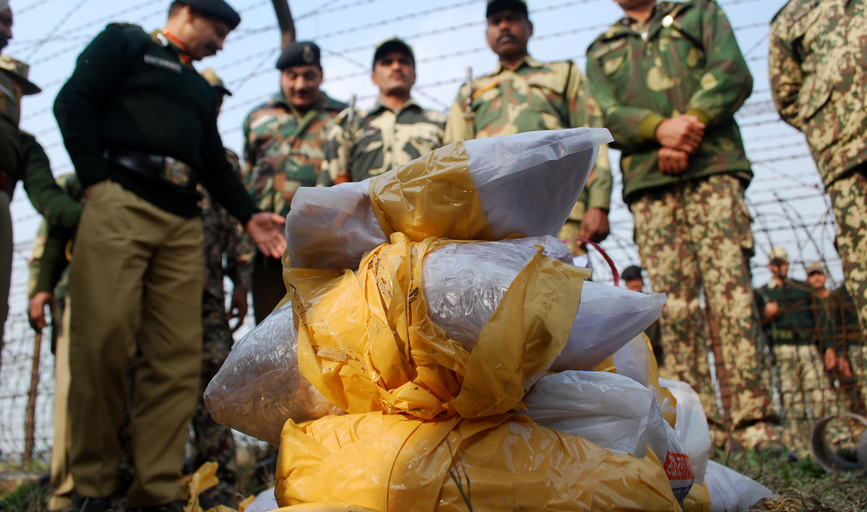 Chandigarh: The Special Trask Force (STF) constituted by the Captain Amarinder Government to combat the drugs problem in Punjab has successfully choked trans-border and interstate-border drugs supply lines, with a whopping 1277 NDPS Act cases registered and 1468 people arrested in four weeks, since March 16, 2017.

The cases and arrests are approximately double than those reported last year in the same period (March 16, 2016 to April 14, 2016), according to STF chief Harpreet Singh Sidhu, who is now getting ready to launch extensive operations to apprehend the big fish and confiscate their ill-gotten properties.

Armed with a multi-pronged approach, the STF, joined by various state police and intelligence agencies, has cracked down on the drugs trade in the state in a big way, virtually strangulating the supply of all types of drugs in the state, according to Sidhu.

Though the formal notification on the constitution and the terms of reference of the STF came on Friday, the STF had plunged full steam into acting against the drugs scourge since the beginning of April. Chief Minister Captain Amarinder has given Sidhu a free hand to manage the anti-drugs operations as he deems fit to eliminate the menace from the state.

Captain Amarinder has also directed the STF to launch an all-out attack on the big fish involved in trafficking and trading of narcotics drugs in the state. According to the spokesperson, the STF, being personally monitored by the Chief Minister, has several major drugs dealers on its radar and is preparing to come down heavily on them in the coming few weeks.

Sidhu himself has extensively toured the whole State to brief and guide the District Police on the action to be taken as part of the anti-drugs campaign. Officers and officials of known credentials ha e been posted in the STF to carry out this mammoth task.

With the crackdown by STF and other agencies squeezing the availability of drugs, prices of narcotics have gone up in a major way, making it difficult for drug addicts to have access to narcotics. Hundreds of addicts have knocked the doors of rehabilitation centres in these four weeks, with the STF now working on amending its rehabilitation approach to make it even more humane.

The active cooperation of all sections of the society is being enlisted through awareness campaigns, rehabilitation of drug victims and prevention of drug abuse. The victims of drug abuse will be encouraged and motivated to get themselves treated in the drug de-addiction centres, said the spokesperson quoting Sidhu.