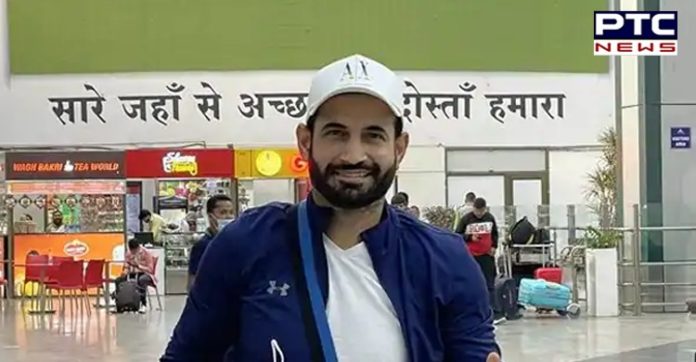 Amid debate over farmers protest in India being an internal matter, former Indian cricketer Irfan Pathan cited George Floyd incident to question the logic behind the criticism on tweets and support by foreign celebrities including Rihanna and Greta Thunberg.

It’s been more than two months since farmers have been camping at the Delhi border against farm laws. The protests have grabbed attention from across the globe as several renowned celebrities including Rihanna and Greta Thunberg are expressed their opinions on the situation of farmers in the country.

While there are plenty of those who feel that farmers’ protest against farm laws was an ‘internal issue’, former India cricketer Irfan Pathan questioned the logic citing George Floyd’s murder incident.

Soon after the riots took place at the Red Fort in Delhi on January 26, the government has taken several hard steps to prevent another similar incident. When farmers returned to Delhi borders after the violence, the internet connections in nearby areas were suspended.

Likewise, the water and electricity supply was affected and it all became a ‘human rights’ issue in the global media. Rihanna was among the first ones to speak up on farmers’ protest while Greta Thunberg also joined in along with several other international celebrities.

Meanwhile, the Ministry of External Affairs (MEA) of India issued a statement condemning the involvement of foreign celebrities in an ‘internal issue’. Several Indian actors and cricketers took to social media, urging India to stay together and come up with a solution for the farmers.

Similarly, Rihanna, Greta, and others were slammed for interfering in a country’s internal issue but others questioned as to why it was right for Indians to comment on international matters but it isn’t fair if outsiders comment on what’s happening in India.

Irfan Pathan said in a tweet: “When George Floyd was brutally murdered in the USA by a policeman, our country rightly expressed our grief. #justsaying”.