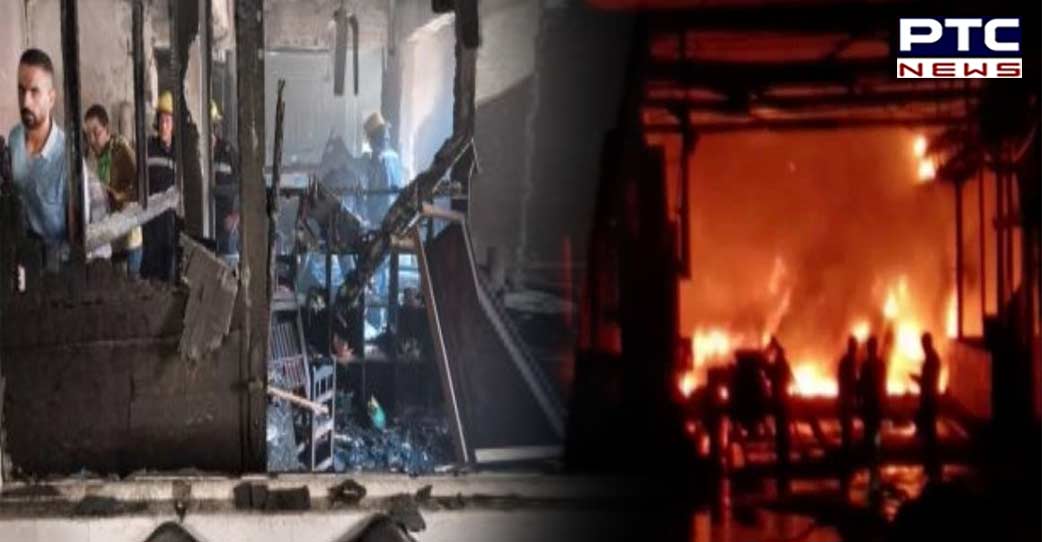 Kakinada (Andhra Pradesh), August 19: A fire broke out in a sugar plant in Kakinada, Andhra Pradesh, on Friday, killing two individuals and injuring six others.

The injured were rushed to the hospital for treatment, while the fire department, electrical department and police officials inspected the area.

According to an official, the fire started as a result of a short circuit.

"A major fire accident took place in Vakalapudi Sugar Factory near Kakinada. Two people died in this accident. Six others were injured in the incident and another one sustained serious injuries. The prima facie indicates that an explosion occurred due to a short circuit at the conveyor belt in the factory which is used for loading the sugar bags. The injured were immediately taken to the hospital. The fire department, Electrical department, and police officials are inspecting the area he said. The case is registered," Kakinada SP Ravindranath Babu informed on Friday.