Consequently, Under the leadership of Delhi Committee President Manjit Singh GK a candle march will be held in Delhi on 6th February 2018, by the families of the victims of 1984 Anti Sikh Riots.

The march will begin from “The wall of truth” (1984 Sikh massacre memorial) Gurudwara Rakabganj Sahib Delhi at 5:30 pm, 6th February 2018.

On Monday evening, Manjit Singh GK files a complaint in Greater Kailash, police station based on the Tytler sting CD and papers.

“It has been requested in the complaint that since the accused can leave the country any time hence he should be arrested immediately and prosecuted under IPC Sections 302, 147/149 and 120-B,” R P Singh said in a statement.

Earlier in the day, Manjit Singh GK said that they would send copies of the video clips to various authorities and demanded arrest of the Congress leader. “We have a sting of Jagdish Tytler in which he is admitting his role in 1984 killings. We are handing over all proofs to the CBI and it should arrest him immediately,” the Akali Dal leader said. 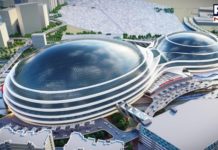