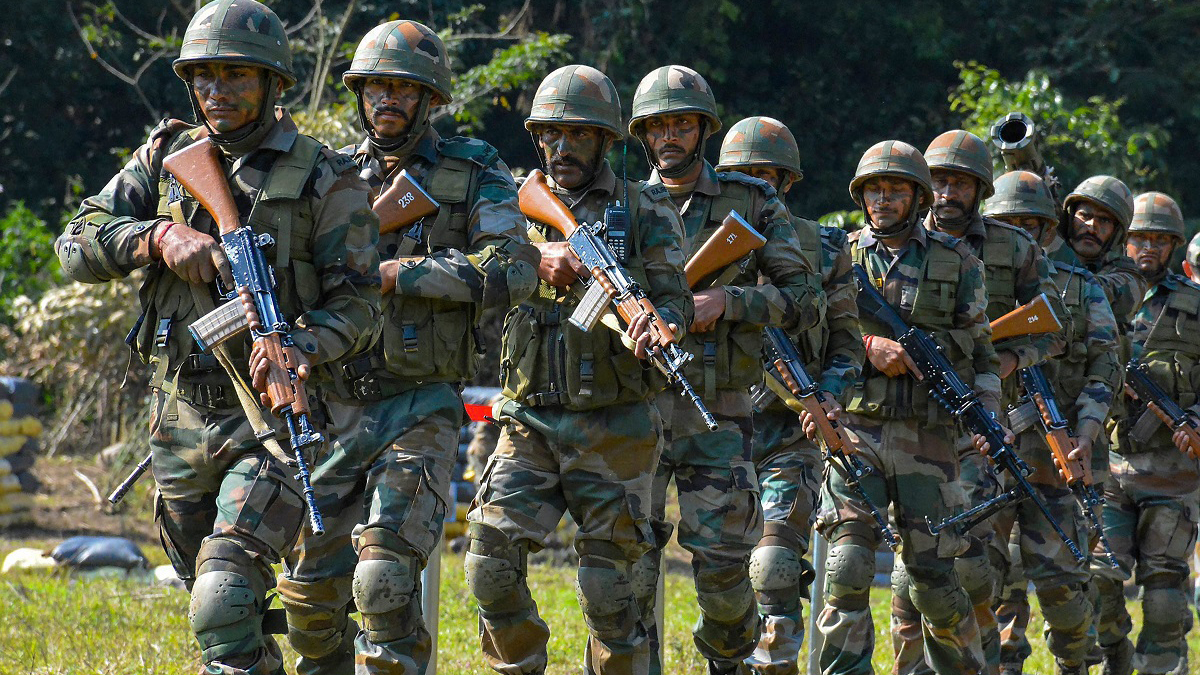 The Army staged a flag march in Jammu and Kashmir's Kishtwar town where curfew was imposed after a senior BJP leader and his brother were killed by suspected terrorists Thursday night, officials said Friday.

He said the curfew, which was imposed in the town late night Thursday, was strictly in place and additional security personnel were deployed in sensitive areas of the town.

Rana said there were no reports of any untoward incidents.

SSP Kishtwar Rajinder Gupta said a hunt was launched to track down those involved in the case.

Following the killing of BJP state secretary Anil Parihar, 52, and his brother, Ajeet Parihar, 55, by terrorists, people had staged angry protests in the communally-sensitive town and manhandled senior police officials.

The district magistrate had requested the Army in the town and its adjoining areas to control the internal security situation that arose due to the killings.

He took the decision as he apprehended that violence might erupt and result in law and order problem, endangering the life and property of citizens of Kishtwar town.

Kishtwar district had witnessed communal clashes in the past. Terrorists had attempted to create communal tension in the region by targeting Hindu community, especially in higher reaches. In 2001, the terrorists killed 17 Hindu nomads.

The killings of Parihar brothers drew severe condemnation from all quarters.

The senior BJP leader and his brother were killed when were returning home after closing their stationary shop located outside old DC office complex, officials said.

As two were walking towards their home in Parihar mohalla through a dark lane in Tapal Mohalla, they were fired upon from a close range by suspected militants around 8.40 pm, they said.

The assailants were apparently waiting for the brothers to return home, they said.

The people rushed to the spot after hearing gunshots and rushed them to the district hospital in Kishtwar where they were declared brought dead, they added.

As the news spread locals rushed to hospital and the brothers' house, where they held protests against the alleged failure of the administration and the police.

Angry people manhandled policemen, including the SSP, after arguing with them. They also clashed with the police and forced them to leave the hospital.

The angry mob raised anti-Pakistan slogans demanding arrest of those involved in the killings. The protestors later also took to streets and held a protest near the Kishtwar Police Station.

Anil Parihar was active in politics for over 25 years and had unsuccessfully contested the 2008 Assembly elections on a Jammu and Kashmir National Panther Party (JKNPP) ticket.

Ajeet Parihar was an employee of the State Forest Corporation (SFC). PTI