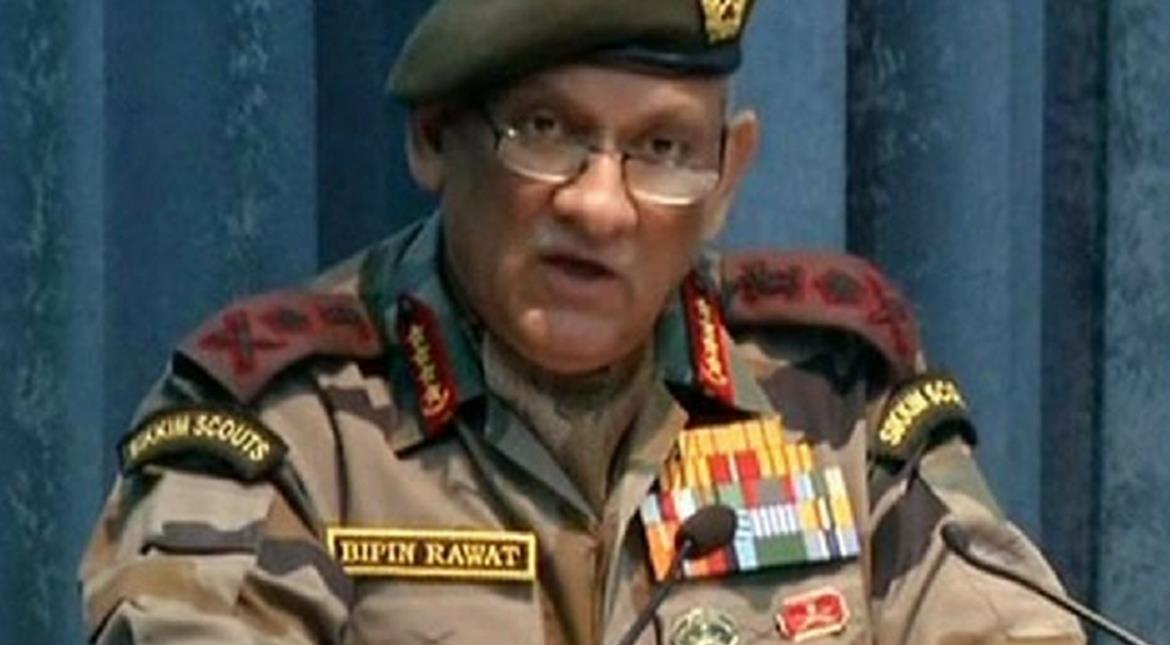 New Delhi, Jan 14- Advocating a "politico-military" approach in dealing with the situation in Jammu and Kashmir, Army chief Gen Bipin Rawat today called for political initiative to go hand-in-hand with military operations in the state.

Gen Rawat, who has followed a hard-line approach in tackling terrorism, said the armed forces operating in the state cannot be "status quoist" and must evolve new strategies and tactics to deal with the situation.

In an interview, the Army chief said, "The political initiative and all the other initiatives must go simultaneously hand-in-hand and only if all of us function in synergy, we can bring lasting peace in Kashmir. It has to be a politico-military approach that we have to adopt." 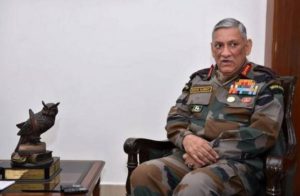 Rawat also asserted that there was room for ramping up heat on Pakistan to cut the flow of cross border terror activities, clearly indicating that the Army will continue its policy of hot pursuit in dealing with militancy.

In October, the government had appointed former Intelligence Bureau chief Dineshwar Sharma as its special representative for a "sustained dialogue" with all stakeholders in Jammu and Kashmir.

"When the government appointed an interlocutor, it is with that purpose. He is the government's representative to reach out to the people of Kashmir and see what their grievances are so that those can then be addressed at a political level," the Army chief said.

Asked whether pressure could be increased on Pakistan to force it to stop sending terrorists to the state, he said, "Yes, you cannot be status quoist. You have to continuously think and keep moving forward. You have to keep changing your doctrines and concept and the manner in which you operate in such areas."

Gen Rawat said the Army will have to evolve new strategies and new tactics to deal with the situation. At the same time, he said an overall approach was required to deal with the Kashmir issue.

Since beginning of last year, the Army pursued an aggressive anti-terror policy in Jammu and Kashmir and, at the same time, forcefully responded to all ceasefire violations by the Pakistani troops along the Line of Control with a tit- for-tat approach.

"Military is only part of the mechanism to resolve the Kashmir issue. Our charter is to ensure that the terrorists who are creating violence in the state are taken to task and those who have been radicalised and are increasingly moving towards terrorism are prevented from doing so," he said.

Gen Rawat said some youths continue to be radicalised and are joining militancy. The Army has been trying to maintain pressure on terror groups, he said.

The Army's aim is to ensure that it continues to maintain the pressure on the terrorists and those fomenting trouble in Kashmir, Gen Rawat said.

"But at the same time, we have to also reach out to the people," he said.

Asked whether the situation in Kashmir has improved since he has taken over as the Army chief a year ago, Gen Rawat said, "I am only seeing a marginal change in situation for the better.

"I do not think it is time to become over confident and start assuming that the situation has been brought under control because infiltration from across the borders will continue."

The LoC has remained volatile in the last year. According to official figures, 860 incidents of ceasefire violations by Pakistani troops were reported in 2017 as against 221 the year before.

India has also been effectively retaliating to Pakistani firing and even crossed the LoC to punish Pakistani troops on several occasions as part of tactical operations. PTI