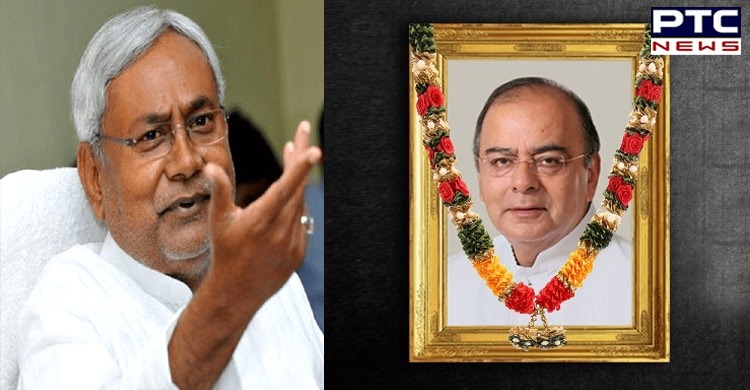 Bihar Chief Minister Nitish Kumar on Saturday announced that Former Finance Minister late Arun Jaitley statue to be installed in the state. CM Nitish Kumar also said that Jaitley's birth anniversary will every year be celebrated in Bihar as a state function. Likewise, Nitish Kumar tweeted on Arun Jaitley death. He said in a tweet, "Saddened to hear the demise of Senior BJP leader and former Union Finance Minister Arun Jaitley. He attained a high peak in public life thanks to the high political values and ideals. May his soul rest in peace".

Arun Jaitey passed away on August 24, 2019, due to the breathing problems. He struggled a lot as he was admitted in AIIMS, Delhi for several days. Moreover, Prime Minister Narendra Modi expressed grief, while he was in Bahrain. He said, "Arun Jaitley Ji was a political giant, towering intellectual and legal luminary. He was an articulate leader who made a lasting contribution to India. His passing away is very saddening. Spoke to his wife Sangeeta Ji as well as son Rohan, and expressed condolences. Om Shanti."

Also, PM Modi added, "BJP and Arun Jaitley Ji had an unbreakable bond. As a fiery student leader, he was at forefront of protecting our democracy during the Emergency. He became a much liked face of our Party, who could articulate the Party programmes and ideology to a wide spectrum of society".