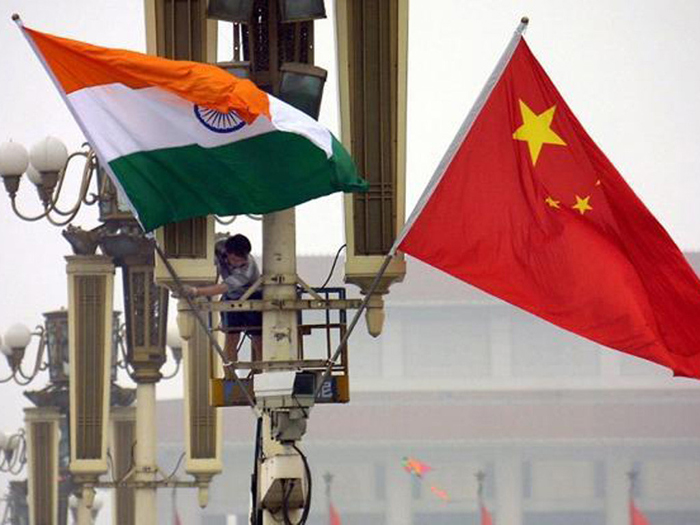 Beijing: The people of Arunachal Pradesh live "difficult lives" under India's "illegal" rule and they look forward to returning to China, a state-run Chinese daily claimed today as it criticised New Delhi for allowing the Dalai Lama to visit the frontier state.

China is opposed to the Dalai Lama's visit to Arunachal Pradesh, particularly Tawang, which it considers as Southern Tibet. Its media and foreign ministry has repeatedly aired its opposition to the Tibetan Buddhist leaders's ongoing visit to the region.

"Under India's illegal rule, the residents of Southern Tibet live difficult lives, face various kinds of discrimination, and look forward to returning to China," a provocative article in the China Daily said.

The article, however, skirted the media reports about the periodic protests in Tibet, including more than 120 self- immolations by Tibetans against the Communist Chinese rule.

The Dalai Lama's visit shows "he can't wait to give away Tawang district", which happens to be the birth place of the sixth Dalai Lama in 1683 and is at the centre of Tibetan Buddhism, "in exchange for India's support for the survival of his separatist group."

"One identity of the 14th Dalai Lama that history will record for posterity is he is a troublemaker," it said about the 81-year-old spiritual leader and Nobel laureate.

The article said the Dalai Lama's visit is "testimony to his betrayal of himself, the people, the country, as well as regional peace."

"Depending on India for a living, the Dalai Lama's eagerness to please his master is understandable, but he is going too far by selling Southern Tibet in exchange for his master's favour," it said.

"He has described himself a 'son of India' more than 20 times on public occasions in recent years. He just hopes to add weight to his identity as a 'son of India' by selling the territory to India this time, ignoring the trouble he is making for the settlement of China-India border issues, regional peace and stability," it said.

India and China have been negotiating to resolve the border dispute for more than 20 years but an agreement is yet to be reached.

The dispute covers the 3,488-km Line of Actual Control.

While China claims parts of Arunachal as Southern Tibet, India asserts the dispute also covers the Aksai Chin area which China occupied during the 1962 Sino-India war.

The article said the Dalai Lama has "betrayed regional peace. Solving the border dispute in a peaceful manner will require the courage and wisdom of the peoples of China and India. The Dalai Lama's visit to the sensitive region benefits neither."

The Dalai Lama is in Arunachal on a nine-day visit and this is not the first time he has visited the state. In 2009, the Tibetan spiritual leader visited the region, which too was opposed by the Chinese government.

China has lodged a diplomatic protest to India over the visit and a number of articles and editorials in the Chinese state media have attacked the spiritual leader over the visit.

The Chinese foreign ministry said yesterday it will select the next highest monk of Tibetan Buddhism through the traditional way of drawing lots from a sacred urn at Dachau Temple in Lhasa, dismissing the Dalai Lama's assertion that Beijing cannot choose his successor.

"All reincarnation of the Dalai Lama has followed the religious rituals and history rules," it said in a written response to queries about the Dalai Lama's recent comments.

Today's article also accused the Dalai Lama of changing his stand on Arunachal Pradesh during his 58-year-long exile in India. It said, "even after fleeing to India in 1959, the Dalai Lama did not promote India's 'sovereignty' over Southern Tibet at first. Yet, that gradually changed."

To support China's claim over parts of Arunachal Pradesh, the article cited historical events, saying the state was "separated" from China by the "so-called McMahon Line in the early 1900s, which was a line the then foreign secretary of the British-run government of India, Henry McMahon, proposed as part of the Shimla Accord, a treaty that was never validated".