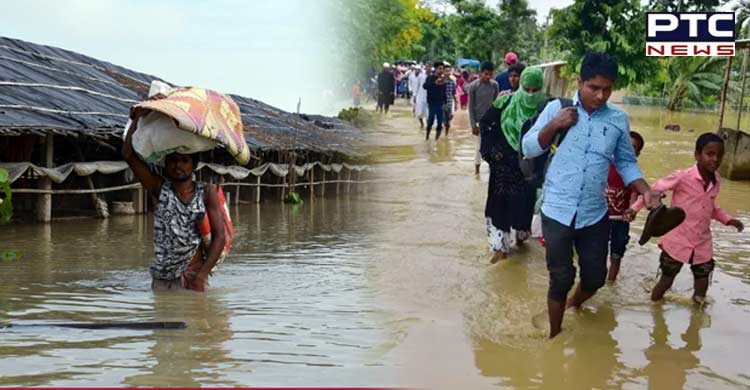 Barpeta, June 30: The flood situation in Assam has worsened after the flood waters of many rivers have submerged new areas affecting more than 31.54 lakh people in 26 districts.

In the Barpeta district, nearly 5.50 lakh people and 487 villages have been affected by the deluge.

A total of 26684.50 hectares of cropland of the district are currently under flood water.

Thousands of farmers of the district have suffered huge losses due to the devastating flood. 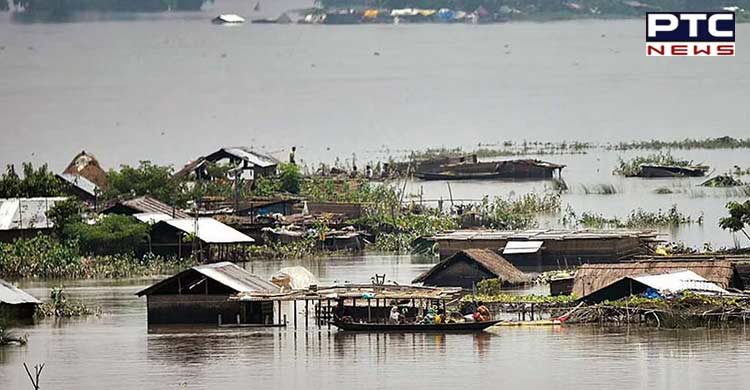 Jahidul Islam, a local resident of the Kaljahi area in the Barpeta district said it is a huge flood and he has not seen anything like this earlier in his life.

"Every house in our area has completely submerged by flood waters. There was no place where villagers can take shelter, every area was flooded. Many people are taking shelter on roads by making temporary sheds. We are facing massive problems," Islam said.

Ilim Khan, a farmer in the Kaljahi area said that many farmers in the area lost everything in the flood.

"We are now worried about our future, what we will eat. The flood had damaged our crops. Many villagers are daily wage labourers. Due to flood, villagers will face more problems," Khan said.

On Tuesday, the Indian Air Force (IAF) airlifted a total of 517 tons of relief material over the past six days, informed the officials.

According to the Assam State Disaster Management Authority (ASDMA), 2675 villages and 91349 hectares of cropland in 26 districts of the state are still under flood waters.

The devastating flood and landslides have claimed 151 lives in the state this year so far. 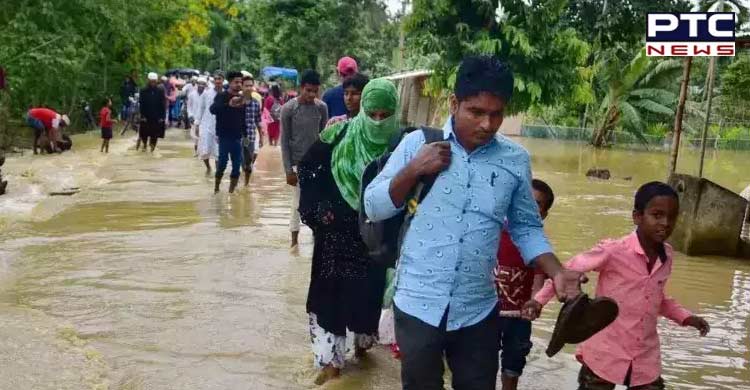 The overall flood situation in Assam has improved but over 33.03 lakh people in 28 districts continue to remain affected due to the natural calamity in the state, the Assam State Disaster Management Authority (ASDMA) informed on Saturday.

According to ASDMA, a total of 117 people have lost their lives so far in the flood and landslides in the state this year; of which 100 people died in flood alone, while the remaining 17 died due to landslides.