'Baazigar' was shot with two endings, reveal Abbas-Mustan as the film completes 25 years 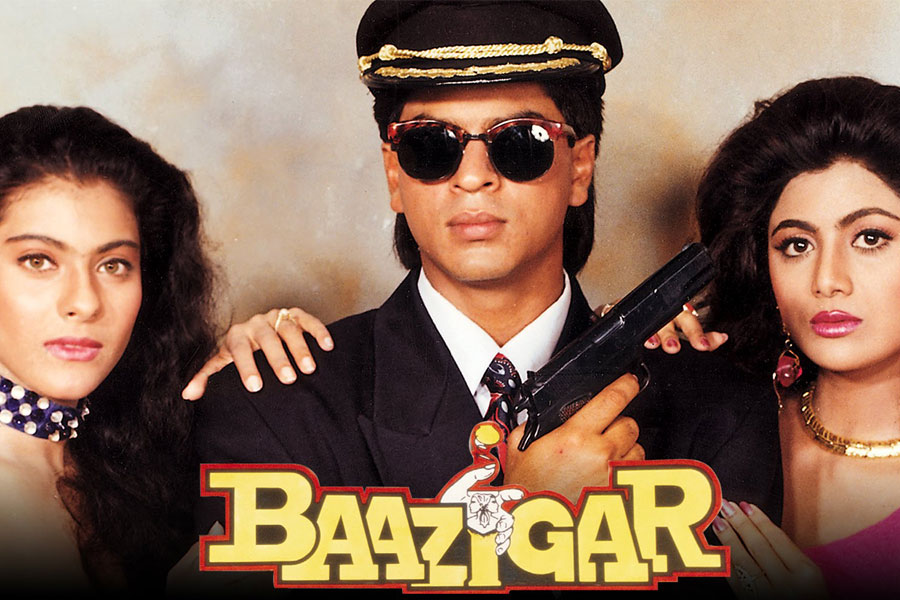 Shah Rukh Khan starrer "Baazigar" faced quite a few hurdles— from delay in shoot due to communal riots to not getting a hero to play a negative role—but as the film completes 25 years, the director duo Abbas Mustan are happy as it is regarded one of the best Bollywood thrillers till date.

Released on November 12, 1993, "Baazigar" featured Shah Rukh as an anti-hero. The thriller, also Kajol's one of the earliest successes and Shilpa Shetty's debut, became a blockbuster thanks to its plot and chartbuster music by Anu Malik. 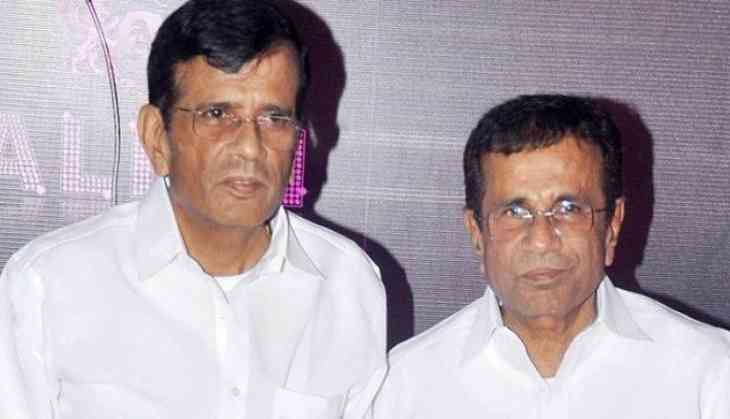 As the film completes 25 years, Mustan, in an interview, talks about the obstacles the team faced, why Salman Khan and Anil Kapoor turned down the anti-hero role and why they shot two different climax scenes for the movie.

"People still like the film and it is a big compliment to the entire team. The important thing is the maker should be convinced with his own vision as that will reflect on screen. We had a hero playing a negative role. Though it led to the hit pairing of Shah Rukh and Kajol, it was not a romantic film. But it all worked well," Mustan said.

He recalls the movie received overwhelming response across the globe and they witnessed it during the film's US and UK screenings.

The birth of the film, however, was difficult.  The mahurat of the film was done in December 1992 and the shoot was scheduled to start soon, with the aim to wrap it up by January-February.

The film hit a roadblock after communal riots broke in different parts of the country post the demolition of Babri Masjid on December 6.

"There was a tense moment due to riots, people were scared and were not going out. But Mumbai is a city that bounces back like never before. Once things got cleared, work began as usual.

"We started shooting sometime in late March and wrapped it by May-June and decided to release it on Diwali. The film was earlier set to release in June-July."

"Baazigar" chronicled the story of a young man with a vendetta against a business tycoon and how he plots to destroy the rest of the family.

Mustan, an ardent fan of Manmohan Desai's cinema, was inspired by the filmmaking style of the renowned director to form the crux of "Baazigar" as a mother-son story with revenge as the backdrop.

"In his films, the character of a mother was of utmost importance. We wanted to have that element in our film. It is all about bringing the right emotion for a film.

"If the mother-son relationship is explored and justified properly on screen then it definitely strikes a chord with the audience. If a son is taking revenge for his mother then his every sin is forgiven. And it worked well with the audience."

The makers felt veteran actor Rakhee Gulzar was the perfect choice to play a distressed mother to Shah Rukh. It was Rakhee, who had told the director duo to change the climax of the film.

"Rakhee Ji said yes but wanted the ending to be changed as she felt audience should not be let down. A lot of distributors said the hero should not die in the end and instead the police should come and arrest him.

"So we had shot both the endings. We felt the ending where the police come and take SRK will not work as the emotional graph of the character would not be conveyed correctly."

When the first copy came out, Mustan says, both, the distributors and Rakhee eventually agreed to go with the duo's vision of the climax.

The film is said to be a remake of "A Kiss Before Dying" but Mustan insists only one scene is inspired from this 1991 Hollywood film.

"Our film is completely different from this Hollywood movie. Only one shot where a man throws a girl off the terrace, we just had that scene where Shah Rukh's character throws Shilpa off the terrace to her death. That film has no track of mother-son, it is there in our film," Mustan says.

Shah Rukh, now regarded as the King of Romance, played the anti-hero effortlessly, but he was not the first choice for the film. Mustan says, the producers had approached Salman, who at that point was doing Sooraj Barjatya's film and felt the negative role might not work for his good boy on-screen image.

While, Anil Kapoor, according to Mustan, felt he may not be able to carry the negative role.

Mustan recalls, Shah Rukh had come to meet producers at Venus company for the narration of a film, which he did not like, but a chance encounter with the director duo, got him "Baazigar".

Describing SRK as a director's actor, Mustan says, "He used to shoot one scene in four-five different ways. He has a huge range as an actor."

Giving an example of a scene, where SRK kills Resham Tipnis (Shilpa Shetty's friend), who had photographs as evidence to unmask him, Mustan says, "We told him that he should keep the photograph in his pocket. Shah Rukh instead thought of tearing the photo and putting it in his mouth. There were things which he did spontaneously."

Mustan says, it was SRK, who helped them in getting the necessary permission to shoot in Delhi, the hometown of the 53-year-old superstar. The film was shot in Delhi and Mumbai and the title track was filmed in Mauritius.

The producers had told the director duo to consider casting big heroines like Sridevi or Juhi Chawla but they felt a fresh pairing was apt for the film.

"We felt if an artiste or actor is bigger than the film then it will not work," Mustan adds.

"When we went to Kajol, she was so lively and jovial, we felt she might not be able to understand the script and her role. She showed her maturity during the shoot and remained focused. Shilpa too worked very hard," Mustan says.

There have been rumours about the sequel to "Baazigar" but Mustan is happy that the film is relevant even today and a part two can only be made if they come across a great story. PTI