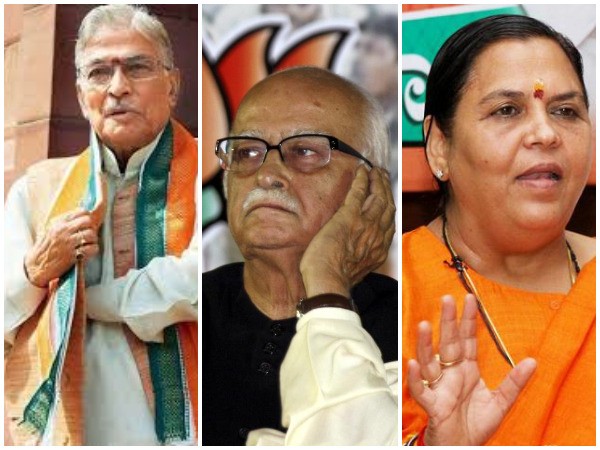 On May 30, a special CBI court in Lucknow framed charges against 12 people - including Advani, Joshi and Bharti.

The court had also asked BJP leader Vinay Katiyar, VHP's Vishnu Hari Dalmia and Sadhvi Ritambara to present themselves before the court in person.

While directing the accused to present themselves in person, the judge had earlier said that no application for adjournment or exemption from personal appearance shall be entertained.

The Supreme Court had ordered the restoration of a conspiracy charge against them.

The apex court's April 19 directive that the special court "complete the trial and deliver the judgment within a period of two years" from the date of the judgment may overlap with the holding of the 2019 general election, when the temple plank is likely to emerge as an emotive issue.

The apex court also directed the trial court in Lucknow to commence the proceedings in four weeks and hear the matter on a day-to-day basis so as to complete the hearing in two years. The apex court also said there will be no 'de novo' (fresh) trial.

The CBI has been ordered to ensure that at least one prosecution witness appears in the trial court for recording of testimony.

To ensure a speedy trial, the top court has given two important directions - first, no party shall be granted adjournments without the sessions' judge being satisfied of the reasons for it; second, the trial judge hearing the case shall not be transferred till the judgement is delivered.