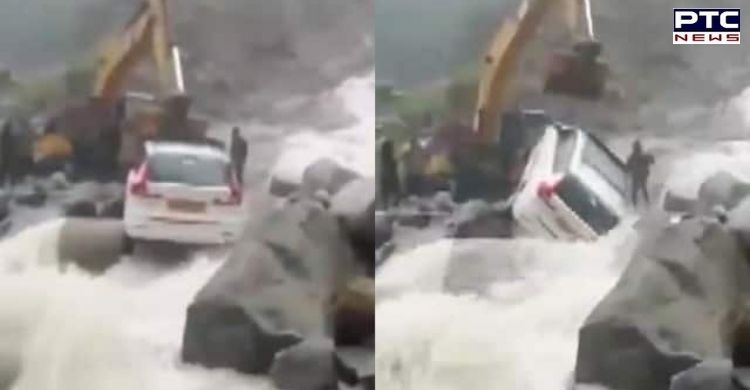 Badrinath landslide: Amid a landslide triggered by heavy rainfall, passengers were rescued from a vehicle stuck in Lambagad drain on Badrinath highway in Uttarakhand on Monday.

Efforts were made by Border Roads Organisation (BRO) to retrieve the vehicle, the BRO informed. Debris had blocked Uttarakhand's Rishikesh-Badrinath highway and has damaged dozens of vehicles in Sirobagad.

The link road of Khankhra-Khedakhal-Khirsu has also been blocked due to landslides. Landslides were triggered due to incessant rains in the area for the past 4 days.

The India Meteorological Department (IMD) has issued a red alert for Uttarakhand.

As a precautionary measure, the Badrinath Yatra has been halted and passengers en route to Badrinath were stopped in safe places.