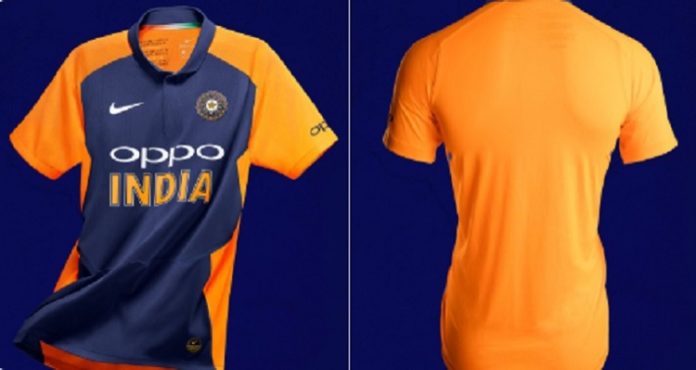 Presenting #TeamIndia's Away Jersey ?????? What do you make of this one guys? #TeamIndia #CWC19 pic.twitter.com/TXLuWhD48Q

ICC said in a release, that for televised events all the participating teams will be required to provide two different colored kits, except for the hosts who have a preference to choose one kit to be worn in all matches throughout the tournament.South Africa changed their jersey against Bangladesh on June 2, in ICC Cricket World Cup 2019, respectively.

Bangladesh had also chosen the dominant red color as an away kit. Team India has so far won five matches out of the six against South Africa, Australia, Pakistan, Afghanistan, and West Indies while the match against New Zealand was called-off. Now, the team is all set to face England in their next.