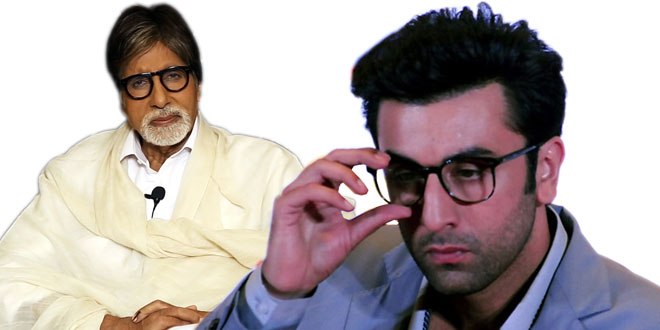 Mumbai: Megastar Amitabh Bachchan has praised Ranbir Kapoor calling him the "superstar" of this generation.

The 74-year-old actor shared a throwback picture of young Ranbir on Twitter and showered compliments on him.

"And that wide eyed little fellow is the Superstar of the day today ! Ranbir Kapoor...What an actor!(sic)" Bachchan wrote along side the photo, which also features his sister Riddhima, mother Neetu and veteran actor Shashi Kapoor.

Ranbir, 34, is currently working on the Sanjay Dutt biopic directed by Rajkumar Hirani. The actor is also awaiting the release of his film "Jagga Jasoos", which stars ex- girlfriend Katrina Kaif as the female lead.