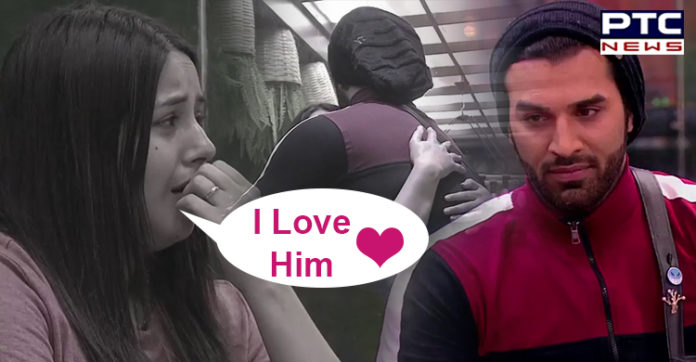 Bigg Boss 13: Shehnaz Gill has always made her priority clear in the reality show. Her priorities were Paras Chhabra and Siddharth Shukla. While there was a time when Shukla was not talking to Shehnaz due to trust issues and Shehnaz was dying to talk to him. However, the missunderstandings were clear after Shehnaz approached Shukla.

In a promo released, Paras Chhabra leaves the Bigg Boss house while leaves Shehnaz shocked. Shehnaz started crying after Bigg Boss announced something related to Paras Chhabra. However, the exact announcement is still not clear. Meanwhile, there are reports that suggest Paras is going out of the house due to his finger injury.

Furthermore, the report suggests that he will be back soon. Soon after the announcement, Shehnaz was crying outside, where Asim was asking “Why are you crying?” To this, Shehnaz Gill confessed and said that “I love him.” The reality show witnessed a tough fight in the house on Wednesday.

Now this week’s elimination will become more interesting as if Paras Chhabra who was nominated has left than who will be evicted from Asim Riaz, Shefali Zariwala, Himanshi Khurana and Rashmi Desai.