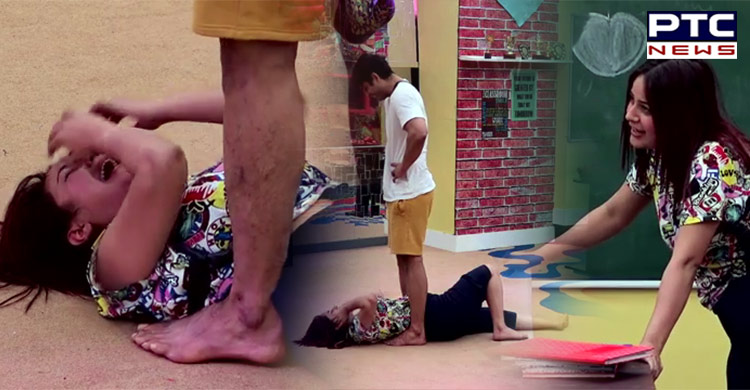 Bigg Boss 13: Shehnaz Gill, who is known as an entertainer in the reality show is seen having fun with Siddharth Shukla. Meanwhile, people across social media is loving the fun of Sidnaaz. In a promo, Siddharth Shukla is seen irritating Shehnaz, after which she hits Siddharth with a pillow and a mat. To this, Siddharth Shukla chases Shehnaz and runs throughout the house.

Shehnaz falls on the floor, after which Siddharth Shukla stands over her. Shehnaz keep on saying, "Don't irritate me." The video is having a background music 'Masti'. In fact, Paras Chhabra and Mahira Sharma is also enjoying the fun between Siddharth Shukla and Shehnaz. At last, when Siddharth chased down Shehnaz, he kissed her on forehead.

The people on social media has flooded the comment section with red hearts. Earlier, when Himanshi Khurana entered the house, there were some issues in between them. However, Shehnaz approached Shukla to sort out all the things, and she did. Afterwards, Sidnaaz was back again. Also, tweeple was trending a hashtag – #WeLoveSidnaaz.