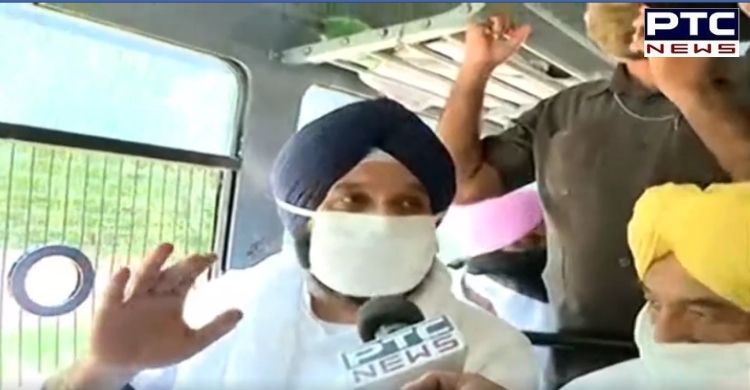 A senior leader of Shiromani Akali Dal, Bikram Singh Majithia, along with other SAD workers, were detained by Chandigarh police on Friday. The detention came after the SAD leaders staged a protest near Punjab Raj Bhawan, demanding the dismissal of the Congress government over the Punjab Hooch tragedy.

The SAD leaders, who were protesting, were rounded up at Sector 3, police station in Chandigarh.

Meanwhile, Bikram Singh Majithia in his Facebook post said that "Punjab CM's 10-minute meeting with victims of the illicit liquor tragedy in Tarn Taran exposes the lack of compassion that this government has for people of Punjab."

"Even if Congress continues to ignore its responsibility towards people, Shiromani Akali Dal will continue to fight till the end for justice for victims of the 'illicit liquor tragedy'," he added.

Meanwhile, a joint delegation of SAD–BJP urged Punjab Governor V P Singh Badnore to dismiss Captain Amarinder Singh led Congress government and recommend an inquiry by a sitting judge of the high court or the CBI into the hooch tragedy.