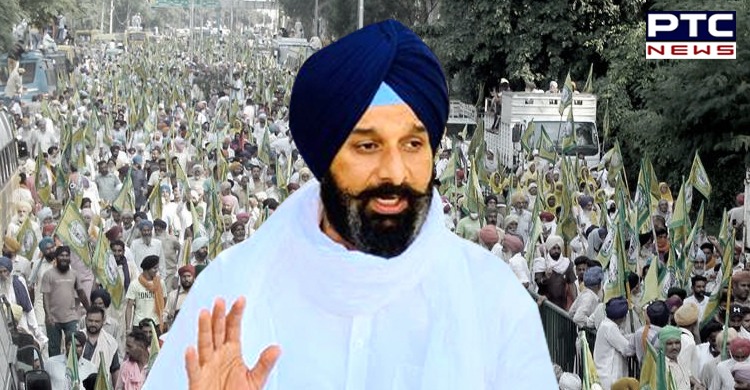 Bikram S Majithia today asked Gurdaspur MP Sunny Deol to explain why he had facilitated meetings of the main culprit who had instigated disorder during the Republic Day with both the Prime Minister and the Home Minister.

Mr. Bikram Singh Majithia said “I have few straight questions for Sunny Deol. He should tell how the person whom he says he has no association with not only met the Prime Minister but also other top ministers of the central government in Delhi”.

Stating that there was overwhelming evidence regarding this, Mr Majithia said “there are pictures of this anti-social element with veteran film actor Dharamender and Hema Malini besides other members of the Deol clan”.

Stating that Punjabis would never forgive the betrayal meted out to them by such anti-social elements, the senior SAD leader appealed to the people to boycott the persons who had betrayed the Kisan Andolan and in the process backstabbed the annadaata. He said it was a heinous crime to betray the farmers when they were engaged in a battle of life and death to get the three black laws repealed besides ensuring remunerative prices for their produce.

Mr Majithia also made it clear that a deep rooted conspiracy was responsible for the unfortunate events which occurred on Republic Day. He said it was now clear that few backstabbers made a deal with central agencies to defame the Kisan Andolan.

“It is because of this that the police force facilitated entry of people into a heavily guarded area like the Red Fort”. He said the media as well as farmer organizations had exposed the backstabbers and that people would never forgive them for their acts. He also asserted that farmers on their part were patriotic and peace loving and would never do anything to harm the nation.

The SAD leader also made it clear that the present NDA dispensation had wavered from the path and philosophy of Atal Behari Vajpayee who always took all NDA constituents along with him. “This is not the NDA of yore and that it why regional parties are breaking away from it”, he added.

Speaking about the forthcoming municipal elections, Bikram S Majithia said Congress minister Aruna Choudhary, who was from the constituency, had done nothing for the area.

“Not a single new school or college has been opened. Forget giving any facilities in urban areas, people are facing power cuts. People are saying if this is the state of affairs in the minister’s constituency, what will be the condition in other areas of the State”. He said besides this people were also not getting the promised social welfare benefits be it the promised shagun of Rs 51,000 or the much promised old age pension of Rs 2,000 per month”.

Senior leader Gurcharan Singh Babehali was also present on the occasion during which Mr Majithia inaugurated the party office besides announcing the party would contest the forthcoming elections in fifteen wards. A large number of leaders from the Congress and BJP also joined the party on the occasion.