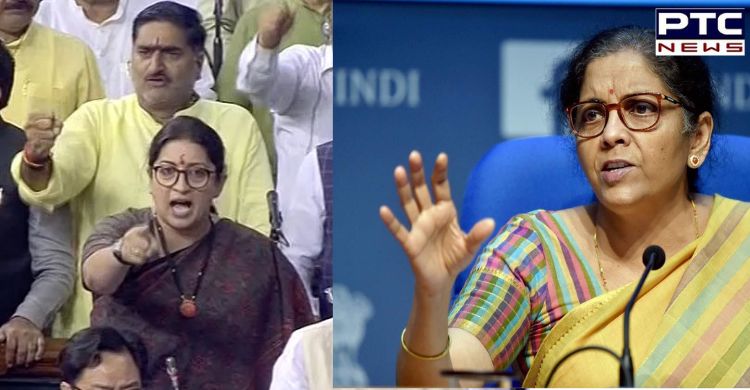 Slamming Congress, Irani said that the country knows the opposition party is "anti-tribal, anti-Dalit and anti-women". Congress needs to apologise in Parliament and on the streets of India, the Union Minister added.

Meanwhile, Adhir Ranjan Chowdhary stated that he had used the term "Rashtrapatni" by mistake and that the ruling party was deliberately trying to make a mountain out of a molehill.

"Ever since the name of Droupadi Murmu has been announced as the candidate for the presidency of India. She has been targeted maliciously by the Congress party. Congressmen had termed her a puppet candidate, and Congressmen have called her a symbol of evil. Their attacks do not seem to stop against Droupadi Murmu ji even after she has now been elected to the highest constitutional office of the country," said Smriti Irani before the Parliament began.

The Union Minister slammed the opposition party, claiming that, despite being led by a woman, Sonia Gandhi, Congress leaders continue to demean women in constitutional positions.

"The Congressman knew that to address the President of India in this way not only demeans her constitutional post but also the rich tribal legacy that she represents," Irani stated.

On Thursday, women MPs including Union Minister Nirmala Sitharaman staged a protest in the Parliament complex and demanded an apology from Sonia Gandhi.