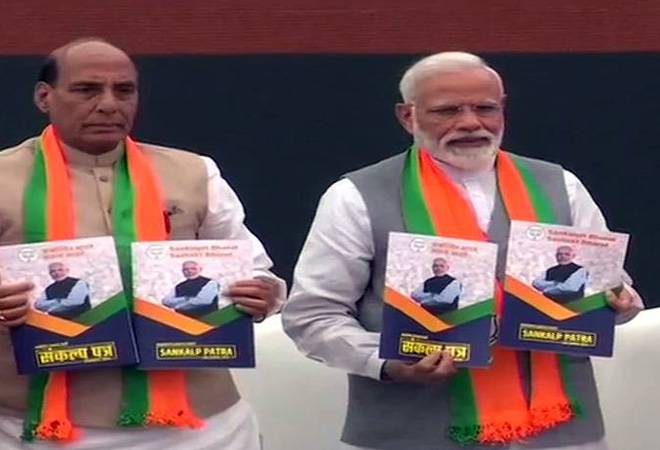 The Bhartiya Janta Party promises to double the farmers’ income by next year in its election manifesto which was launched on April 8. The BJP released its election manifesto, 'Sankalp Patra' for the 2019 Lok Sabha elections. The Prime Minister, Narendra Modi, and BJP President, Amit Shah, were present at the event. 'Sankalp Patra' has been designed on the subject of "Sankalpit Bharat - Shashakt Bharat" or "determined India, empowered India".

BJP in its 'Sankalp Patra' promises to double the farmers’ income by next year. It also promises housing for all by 2020.

BJP also promises to spend Rs 25 lakh crore in the next 5 years for the development of rural areas. Amit Shah said that while finalizing the manifesto, the party took suggestions from six crore people.

Some Silent features of Sankalp Patra are: