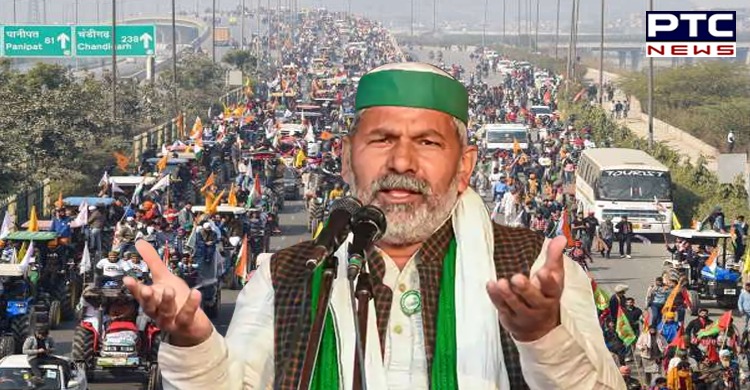 Farmers' protest: While farmers have been agitating against the farm laws at various borders of Delhi for nearly seven months, the Bharatiya Kisan Union (BKU) leader Rakesh Tikait on Monday took to Twitter asking the protesters to be ‘ready with tractors’.

Rajesh Tikait asked protesting farmers to intensify the protest to “save land”. Bharatiya Kisan Union leader added that the "government was not going to listen".

It is to be noted that the Samyukta Kisan Morcha (SKM) has taken a decision to observe 'Hool Kranti Diwas' on June 30 on all the border protest sites. According to the farmers, the protest was being supported by villagers and khaps in local areas.

On June 30, Samyukta Kisan Morcha said that the members of tribal areas would be invited to the dharna sites.

The SKM stated that "We have extended our support to the tribals of village Selagar located on the border of Sukma and Bijapur districts. This land was being taken without any referral/decision of the Gram Sabha.”

Also, the SKM has decided to continue its peaceful protest against the leaders belonging to the Bharatiya Janata Party (BJP) and Jannayak Janta Party (JJP) in Haryana. Farmers in huge numbers have been protesting at Delhi's borders since November 2020. Farmers have been seeking the withdrawal of the Farmers' Produce Trade and Commerce (Promotion and Facilitation) Act, 2020, Farmers' (Empowerment and Protection) Agreement on Price Assurance and Farm Services Act, 2020, and the Essential Commodities (Amendment) Act, 2020.

Even as they demand a new law to guarantee a minimum support price for crops. The Centre, however, has described the laws as pro-farmer.