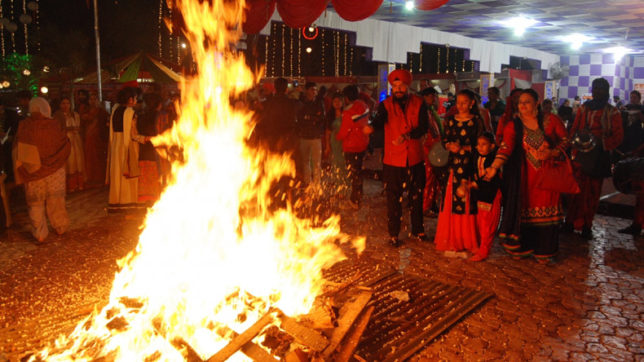 Chandigarh, Jan 13- The festival of Lohri is being celebrated in Punjab with traditional fervour and gaiety with functions being organised across the state. Bonfires, an important part of the festivities, were lit as several families danced to the tunes of famous festival songs like 'Sundariye Mundariye Ho' among others. 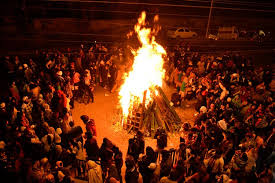 Dheeyan Di Lohri being celebrated across the state

The festival was dedicated to the girl child at several places in Punjab by organising 'Dheeyan Di Lohri' to make people aware of the importance of girls, an initiative of Union Minister Harsimrat Badal #DheeyanNaalLohri campaign got overwhelming response as she urged people to click a selfie with daughters and send it to be shared on her Face Book page. SAD President Sukhbir Badal also posted his picture with daughters on Face Book with an emotional message supporting the campaign. 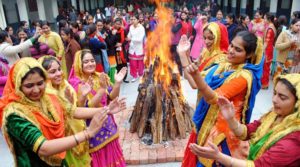 Traditionally, Lohri celebrates the onset of the harvest season in Punjab. 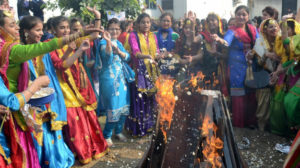 Dheeyan Di Lohri being celebrated across the state

"Wishing you all a very Happy Lohri. May the bonfire give you warmth and joy & may it bring along happiness and prosperity for you and your family," he tweeted.