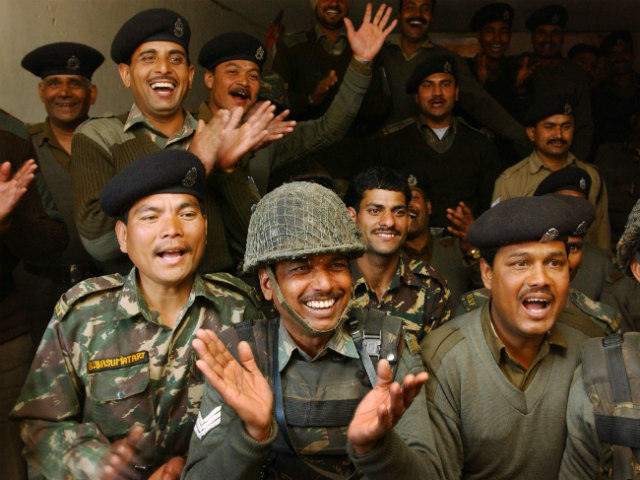 With a trooper getting to spend an average of only five years out of 30 with his family during service, the BSF has launched a new concept to set up over 190 jawan guest houses across the country for newly married couples.

More than 2,800 rooms will be built or carved out of the existing infrastructure in the eight frontiers of the force along the western and eastern border flanks of the country, a Border Security Force officer said. 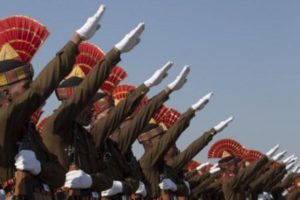 BSF Director General K K Sharma said the Union home ministry has recently accorded sanction to the force's proposal to set up 15 studio apartment-like facilities at each of its 186 battalion locations and few other stations.

"The duties in the force are tough and hard and jawans have to remain alone for the maximum part of their service. An average jawan gets to spend only about 2.5 months in an year with his family and if one has a service of about 30 years, then this figure comes to about five years in the entire job period. 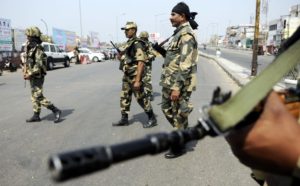 "To ensure that the jawans get more time with their families, we are creating such facilities at 192 locations all across the country," Sharma told PTI.

The problem of living alone, separated from the family, affects the newly wed more and hence, they are the ones who will be given priority in the allotment of these facilities, he said.

He said that while there are guest houses for the officers and sub-officers, there was no such facility for the jawans who are in the constable and head constable ranks.

"So, we have decided, to create a guest house of 15 studio apartment-like configuration in each battalion which will have an independent bedroom, kitchen, bathroom and television facility and newly wed personnel in the jawan ranks will be allowed to stay with their spouse for a stipulated period, the director general said.

Sharma said the measure is part of the overall initiative to reduce stress and fatigue among the troops and to keep them motivated.

A senior BSF officer explained that these 15-room guest houses will have a common drawing room and will be provided with basic equipments for the kitchen and daily chores.

While preference will be given to newly married troops, those who want to bring their wives and children for vacations will also eligible to avail these facilities for a specified period, the officer said.

Sharma said the force has also mooted a proposal to grant permission to the troops for residing out of the barracks in a rented public accommodation at locations along the Bangladesh and Pakistan frontiers where there is no threat to the security of the personnel.

"The troops will be allowed to rent premises at such locations and reside with their families. However, this approval will be given in specific areas only where there is no threat to the security of the troops," he said.

The BSF, raised in 1965, is tasked to guard the borders with Pakistan and Bangladesh and has about 2.5 lakh personnel in its ranks. PTI