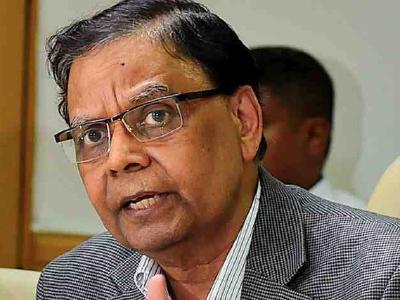 Washington/London- Describing the budget as "pragmatic", noted economist Arvind Panagariya today said the coverage of 100 million families for expenses up to Rs 500,000 under government-funded health care is the most significant programme announced by Union Finance Minister Arun Jaitley.

"For a pre-poll budget, this is an extremely pragmatic budget. Reflecting the timing, the focus is on rural and agricultural economy but no populist schemes that are inconsistent with the country's long-term interest have been launched," Panagariya said.

"The proposal to coverage of 100 million families for expenses up to Rs 500,000 for in-patient care is perhaps the most significant programme announced. It brings us much closer to universal health coverage," he said.

Panagariya said the NITI Aayog Action Agenda had laid down a road map to shift expenditures towards infrastructure, health and education.

The Union Budget has followed that road map reasonably closely, he said.

On the surface, slippage in fiscal deficit from 3.2 per cent to 3.5 per cent may seem large, he noted.

"But two factors largely explain it," he explained.

One, indirect taxes have accrued for only 11 months instead of 12 due to the implementation of the GST.

"Two, nominal growth has been slower than what had been expected (partly due to lower inflation and partly due to slower growth in the real GDP) in the original budget estimates, which has reduced the denominator in the fiscal deficit-to-GDP ratio," Panagariya said.

Applauding the annual budget, the US-India Strategic Partnership Forum (USISPF) president Mukesh Aghi said the Modi government has made significant progress over the past year with recent GST reforms, opening of FDI across sectors, and the introduction of the Bankruptcy and Insolvency Act.

"The US industry sees tremendous opportunity in the areas of food processing, increased investment budget in the infrastructure sector particularly railways, airports and development of smart cities," he said.

"Announcement of initiatives such as the National Health Protection Scheme under the National Health Policy 2018, provides opportunity for US companies to work more collaboratively with the government to further deepen healthcare access and affordability," Aghi said in a statement.

USISPF said the Modi government has recently achieved great success in reforms such as opening up of 100 per cent FDI in retail through automatic route and India is encouraged with a forecast from the Economic Survey of GDP growth from 7 -7.5 per cent for the Fiscal Year 2019.

The annual budget presented by the finance minister reinforced this government's commitment to inclusive development and sustainable job creation.

This was evident from the proposed spending of Rs 14.3 lakh crore on rural infrastructure development, and an outlay of Rs 500,000 per family annually to be given for medical reimbursement under the National Health Protection Scheme, USISPF said.

In London, Caparo Group chairman Lord Swraj Paul described the budget as "good and prudent" which will boost job creation in the country.

Paul said "it is a good budget. Finance Minister Arun Jaitley has taken into consideration the aspirations of the people. People are demanding jobs. Prime Minister Narendra Modi also spoke about it in Davos".

"The budget also gives importance to education, particularly education of women. Only 40 per cent of women in India go to universities. Women are doing extremely well in all fields and more women need to be educated at the higher level," he said.

Leading NRI businessman and co-chairman of the Hinduja Group G P Hinduja said the budget is most impressive as it aims to create employment and improve incomes for farmers and also includes groundbreaking initiative in providing health care to the people.

Commenting on the budget, Hinduja said the finance minister deserves congratulations for presenting a "most impressive budget which clearly aims to create employment, improve incomes for farmers and help reduce income disparity between poor and wealthy households".

However, such investors continue to stay on the fence as too much red tape is still in place in the country.

The government of India should remove the red tape and roll out the red carpet, he said.

"Another groundbreaking initiative in the budget is the proposed launch of world's largest universal health care programme covering almost half of India's population," he said.

Hinduja said that a good way to analyse this budget would be to not see it in isolation but as part of a series of the past four budgets and various economic policy decisions that have been announced.

It all fits into a sequence and for this the prime minister and finance minister need to be complemented, he said.

They have consistently addressed both the business indices and social indices which in the long run would definitely transform India.

However, the introduction of long term capital gains tax needs reconsideration, he said.

Now, India is the only country where long term capital gains tax, security transaction tax and dividend distribution tax exist together, with high corporate tax that exists when the West has moved to more competitive tax regimes, he noted. PTI