Canadian Prime Minister Justin Trudeau has expressed concern over the blast inside an Indian restaurant in Ontario province and said that his government is closely working with police, which is hunting for the two suspects who detonated a powerful bomb injuring 15 people.

The restaurant is in Mississauga, about 28 kms from here.

Prime Minister Justin Trudeau expressed his concern over the incident on Twitter.

“We’re in solidarity with the victims of this violence, and wish a swift recovery to the injured. We’re working closely with police and officials in Mississauga on this,” Trudeau said in a tweet.

Peel Regional Police Chief Jennifer Evans has said that there is no indication that the explosion was an act of terrorism or hate crime.

The focus of police is now on finding the two men and identifying just what motivated the attack while two separate private parties were underway, the report said.

“I want to assure everyone that every police resource is being used to locate the people responsible for this horrendous act,” Evans sauid.

All three have since been released from hospital, the report said.

The remaining 12 victims who were treated for minor injuries ranged in age from 23 to 69, police said.

Approximately 40 people were inside at the time, including several children under age 10, it said, adding that no children were hurt.

Meanwhile, Mississauga Mayor Bonnie Crombie extended her sympathies to the victims, saying she was thankful there were no fatalities as a result of the “heinous” crime.

“This is certainly not anything you would expect to happen in Mississauga, not my Mississauga. This is not the Mississauga I know,” she was quoted as saying in the report.

Peel Regional Police said they received a call about the incident at 10:32 PM (local time on Thursday), (0800 IST yesterday).

In New Delhi, External Affairs Minister Sushma Swaraj had said that Indian missions in Canada are working round the clock after the blast.

Police have issued CCTV footage of the two suspects. 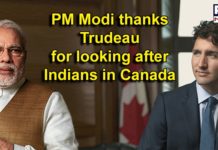 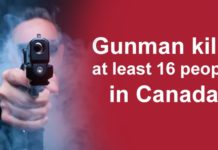 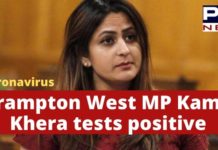 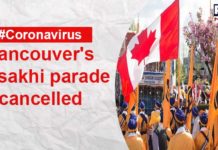 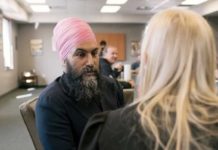 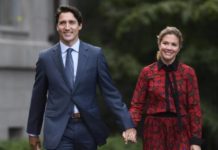