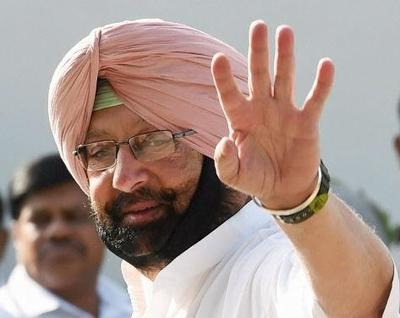 Will visit some affected areas on sunday to thank people and security forces, says Captain.

He was delighted to see law and order successfully maintained despite widespread violence in neighbouring Haryana post verdict in the Ram Rahim rape case on Friday.

Captain is also scheduled to tour some of the vulnerable areas in these districts to personally thank the people and the security forces for ensuring peace and tranquility in the face of serious provocation by Dera Sacha Sauda supporters.

An official spokesperson said the Chief Minister will tour the areas of Mansa, Maur, Bathinda and Balluana (railway station), before concluding his visit in Malout.

The Chief Minister has already directed the concerned officials to make a list of properties damaged in the minor incidents of sporadic violence reported yesterday in the state. The government will submit the list to the Punjab & Haryana High Court, which has ordered recovery of compensation from the Dera.

He directed the officials to continue to monitor the situation on the ground till normalcy is completely restored and to take all necessary steps to maintain law and order when the court announces the quantum of sentence against Ram Rahim on Monday.

The Chief Minister also assured the DCs and SSPs of all possible support from the government to ensure that the peace and tranquillity of their districts is not disrupted at any cost.