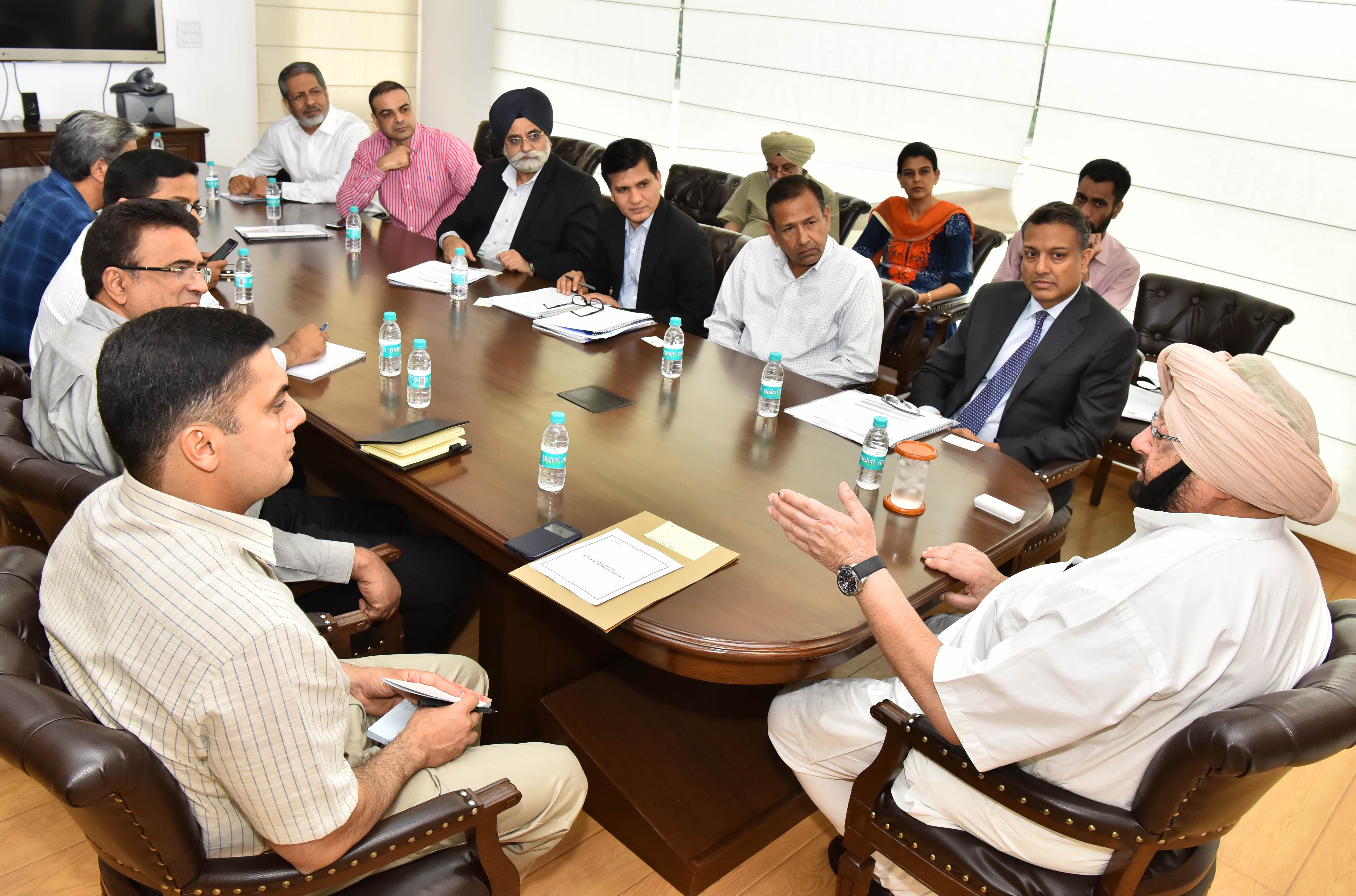 Chandigarh: Punjab Chief Minister Captain Amarinder Singh on Tuesday directed the department of industries to provide for the same concessions to the existing industries as are being proposed to be given to new industries setting up business in Punjab under the new industrial policy.

The directive came during a meeting with a CII delegation led by Sumant Sinha, Chairman Northern Region, which called on the Chief Minister here to discuss ways and means of promoting ease of doing business in the Northern States, particularly Punjab, which currently ranks number 12 on this count.

The Chief Minister stressed that his government was striving to bring Punjab to number 1 in terms of doing business and invited suggestions from CII to make the state more attractive as an investment destination.

The two sides agreed to set up a joint task for more and continuing dialogue between the industry and the state government, which is currently working on a new industrial policy to promote an industry-favourable environment in Punjab, according to an official spokesperson.

The Chief Minister accepted the CII delegation’s suggestion to ensure a level playing field for industrial groups that had chosen not to flee the state due to the adverse policies of the previous government. He issued immediate instructions to the concerned officials to incorporate this in the new industrial policy, which the department of industries is working on, and to which the CII is contributing through certain important suggestions in the interest of industrial promotion in the state, the spokesperson disclosed after the meeting.

The CII suggested to the Chief Minister steps to promote agro-based food processing industry and small-scale industry in the state. The delegation also suggested improving the power supply, as well as infrastructure development and air connectivity to boost industry in Punjab. The delegation underlined the need for air connectivity with Ludhiana – the industrial hub of the state, while also suggesting increase in the number of flights to the city with the installation of ILS to ensure smooth landings.

While expressing concern over frequent load shedding due to poor distribution of electricity, the CII delegation appreciated the state government’s move to provide power to the industry at a lower tariff of Rs. 5 per unit. The Chief Minister told the delegation that the Prime Minister had responded positively to his proposal to sell power to neighbouring Pakistan. In fact, the Chief Minister revealed that the Prime Minister had indicated that Punjab should look for other trade options also with Pakistan.

The CII delegation expressed concern over the central government’s proposed zero liquid discharge policy, saying it would have an adverse impact on industry. The Chief Minister suggested promotion of rain water harvesting in residential areas since, as pointed out by CII, it the industry was not allowed to harvest rain water for fear of dumping of liquid discharge. He also asked the industry department to see how rain water harvesting could be introduced for industries.