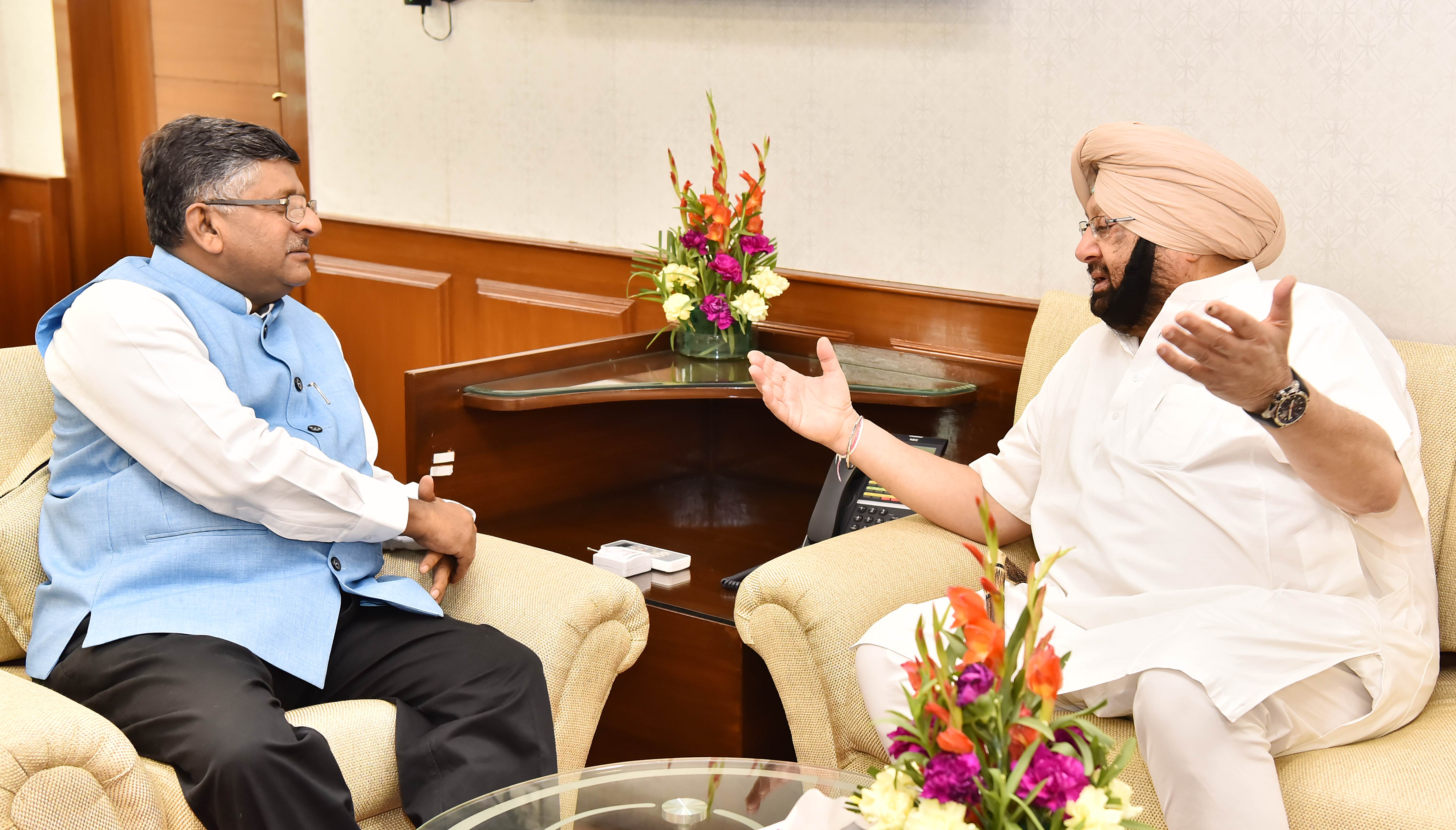 New Delhi: Union Minister for Law & Justice and Information Technology Ravi Shankar Prasad on Thursday invited Punjab to be a part of the Digital India revolution of the Narendra Modi government, and suggested several ways for the state to raise the bar of development and generate employment for its youth.

The suggestions came during a meeting with Punjab Chief Minister Captain Amarinder Singh, who paid a courtesy call on the Union Minister, according to an official spokesperson of the Punjab Government.

Mr. Prasad suggested to the Chief Minister that the Punjab government should pitch for the central government funded and aided projects in the field of Business Process Outsourcing (BPO) and electronic manufacturing to fast-track its growth.

The Chief Minister evinced keen interest to join the nation’s digital revolution to create an enabling environment for the state’s development and progress. He directed Chief Principal Secretary Suresh Kumar to guide the concerned departments to pitch for the central government projects for digitalization and development of electronic manufacturing facilities in the state.

The possibility of setting up a BPO centre in Patiala, the constituency of the Chief Minister, was discussed and Captain Amarinder instructed Mr. Suresh Kumar to explore the same in right earnest.

Mr. Prasad was of the view that the programme could benefit the Dalit community in Punjab in a big way, while taking forward the Captain Amarinder government’s vision to build an inclusive society with empowered backward classes and SCs/STs.

Captain Amarinder said the central government’s support in this regard would make a significant positive impact on the state’s development agenda. He agreed that digitization held the key to Punjab’s progress, besides emerging as a vital tool in the generation of employment for the large number of unemployed youth in the state.