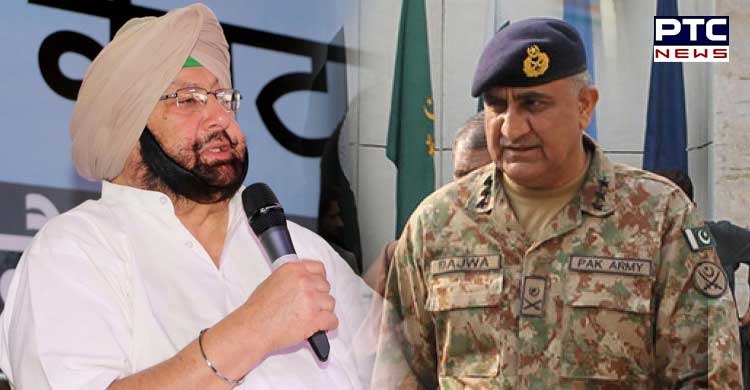 Punjab Chief Minister Captain Amarinder Singh on Monday vowed to protect his state and its people from the terror unleashed from across the border till the last drop of his blood, warning Pakistan of serious consequences if it did not put a stop to the violence perpetrated against India. 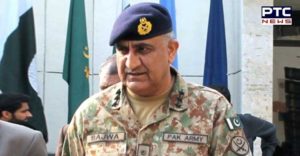 Even as he thanked Pakistan’s Prime Minister Imran Khan for reciprocating India’s move on developing the Kartarpur Corridor, the Chief Minister was scathing in his criticism of Pak Army Chief General Bajwa for promoting state-sponsored terror through brutal killings of Indian soldiers and innocent citizens. 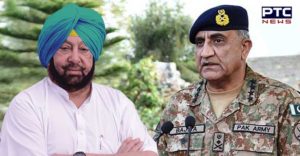 He urged the Pak Prime Minister to rein in his army and bring an immediate end to terror against Indian armed forces and citizens, or else be ready to face a strong reaction from India, which has a bigger army than the neighbouring country.

Taking a strong stand on the issue of terror, which was immediately endorsed and backed by Vice President Venkaiah Naidu, the Chief Minister said India was a land of peace and did not want violence, but was prepared to counter Pakistan’s aggression in kind if its peace and sovereignty continued to be threatened.

Lashing out at those who felt he should have accepted Pakistan’s invitation to participate in their ground-breaking ceremony of Kartarpur Corridor, Captain Amarinder asked how he could go there when innocent Indian citizens and soldiers were being killed by them everyday. “I want to go to Kartarpur, and also visit Nankana Sahib and Panja Sahib gurdwaras again, but cannot go there as I have to pass Pakistan, which is killing my people every day,” he asserted.

Pointing out that Punjab had seen bloodshed for 20 years, said Captain Amarinder said while his family had close ties with Kartarpur Sahib, he, as chief minister, had a responsibility to the people of his state, which Pakistan was trying to weaken.

Lashing out at the Pak army chief, Captain Amarinder said as an ex-army man himself he saw no justification in killing soldiers, which he described as an act of cowardice, not becoming of army personnel. Soldiers are taught to protect and serve their nations, not to kill innocent people, he added. The Chief Minister called for immediate removal of General Bajwa and said the Pak army should learn the message of love and brotherhood, propounded by Sri Guru Nanak Dev ji.

Captain Amarinder recalled the 26/11 Mumbai attacks as a grim reminder of Pak-sponsored terrorism in India. He further pointed out that the Dina Nagar and Pathankot attacks in Gurdaspur district also stood out as major examples of the terror unleashed by Pakistan in this part of Punjab.

Describing terror as madness, Naidu said he fully endorsed Captain Amarinder’s views and vowed that India will not allow its people to be killed. While India wants peace and promotes friendship, it will not allow terrorism to breed on its soil, he said, urging countries that support terror to shun this path.

Peace is the requisite for progress, said the Vice President, asserting that India wants peaceful relations with its neighbours and wanted them to change their mindset to embrace peace.