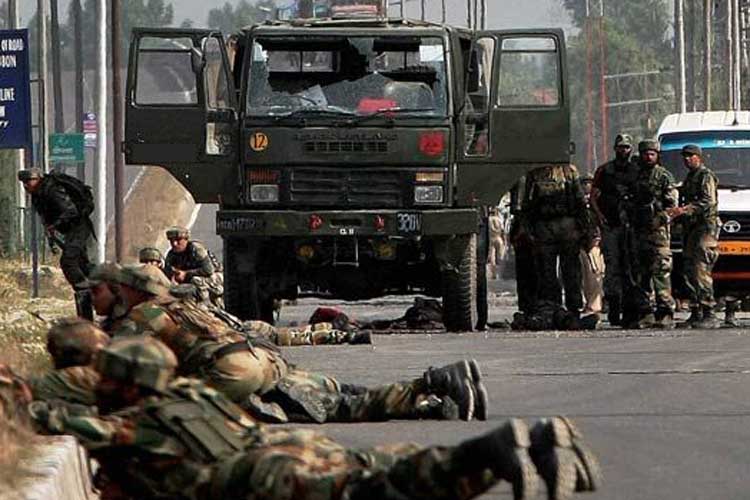 A 28-year-old cattle trader was killed and another injured allegedly in firing by Army personnel in Ramban district of Jammu and Kashmir today, police said.

Police registered an FIR against the Army personnel involved in the incident. The Army, however, said the soldiers opened fire when they came under attack after challenging the people moving suspiciously in the area.

Mohammad Rafiq Gujjar (28) and Shakeel Ahmad (30), both residents of Gool, were allegedly fired upon by soldiers of the 58 Rashtriya Rifles when they were leaving Kohli village around 4 am, a police official said.

He said Gujjar died on the spot while Ahmad was injured and admitted to a hospital.

Both of them were cattle traders and had come to the village in connection with their business, the official said citing preliminary investigation.

Senior Superintendent of Police, Ramban, Mohan Lal confirmed the death of a civilian and injuries to another in the firing.

"An FIR under section 302 (murder) and 307 (attempt to murder) Ranbir Penal Code and various sections of arms act was registered against the Army (personnel)," the SSP said.

A defence spokesman said the soldiers fired when they came under attack after they challenged the suspected individuals.

"An operation was launched by the Army based on specific intelligence inputs in Kohli area of Gool tehsil. At 3.45 am, the Army patrol saw some suspicious activities. The suspected individuals were challenged by the Army as per the standing operating procedure.

"On being challenged, the suspected individuals opened fire on the Army patrol. On this, the Army patrol retaliated effectively," the spokesman said.

However, the police officer said no weapon was found at the scene or in the possession of the deceased.

"The killing of a cattle rarer and injuries to another is highly condemnable which needs to be investigated thoroughly," the foundation said in a statement.

It said an email has been sent to Defence Minister Nirmala Sitharaman, demanding punishment to the culprits as per law.

"The community also demanded that a strong directive must be issued to security forces so that more such incidents do not occur in tribal areas any more," the foundation said, and demanded compensation for both the families. PTI