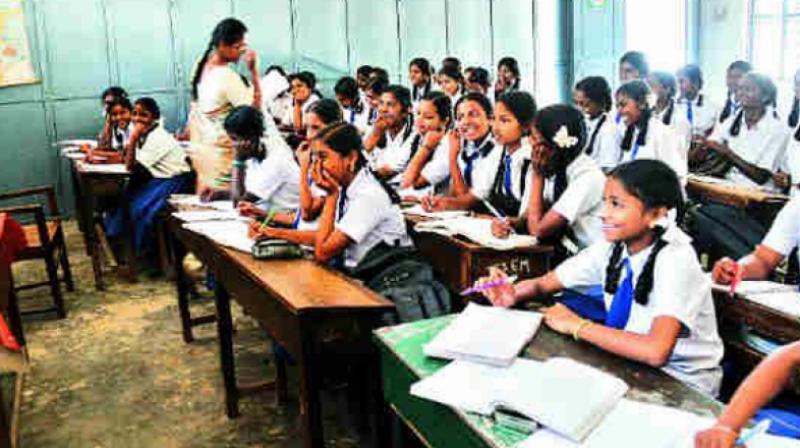 New Delhi: Excerpts from a class XII Physical Education textbook defining 36-24-36 as the "best body shape for females" have sparked an outrage on social media with critics demanding that the text be withdrawn.

CBSE, however, clarified that it "does not recommend any books by private publishers in its schools". 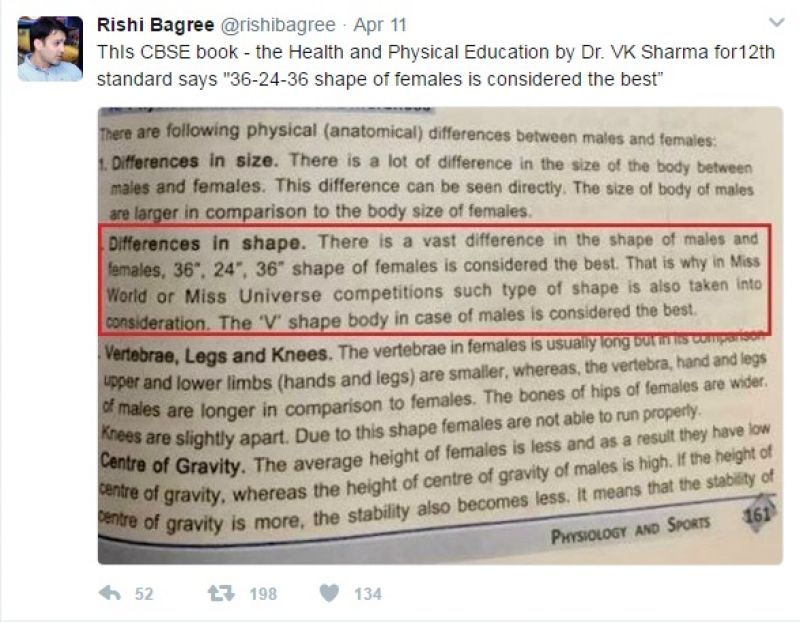 "36-24-36 shape of females is considered the best. That is why in Miss World or Miss Universe competitions, such type of shape is also taken into consideration," read an excerpt from the chapter "Physiology and Sports" which is going viral.

Various Twitter users shared picture of the mentioned text and demanded that the publishers withdraw the content and schools replace the book in their curriculum.

In a statement, the CBSE said, "Schools are expected to exercise extreme care while selecting books of private publishers and the content must be scrutinised to preclude any objectionable content that hurts the feeling of any class, community, gender, religious group. Schools have to take responsibility of the content of the books prescribed by them."

This, however, is not the first incident about improper content being found in textbooks taught in CBSE schools in recent months.

Excerpts from a class IV environmental science textbook that suggested students to "kill a kitten" as part of an experiment had gone viral on social media, forcing the publisher to withdraw it from the market last month.

Similarly, a class XII Sociology book cited "ugliness" and physical disability of a girl as reasons behind the dowry issue prevalent in the country.

The HRD Ministry had last month said that CBSE has no mechanism to evaluate the quality of textbooks of private publishers.