The Centre has approved two projects for Haryana under the Regional Rapid Transit System (RRTS), including one to connect Delhi with Panipat via Sonipat, Chief Minister Manohar Lal Khattar said.

The other project will connect Delhi with Alwar in Rajasthan via Gurgaon and Manesar in Haryana, he told reporters at the Modern Industrial Estate Metro station after the inauguration of the Delhi Metro’s Mundka-Bahadurgarh line by Prime Minister Narendra Modi on Sunday.

The Haryana government has also sent proposals to the Centre for connecting Delhi with Palwal-Hodal under the RRTS, he said.

Besides extending the metro line from HUDA City Centre, Gurgaon, to Manesar, it has been also proposed that connectivity be provided to the railway station in Old Gurgaon, and from Bahadurgarh to Sampla, Mujessar to Ballabhgarh, and Dwarka (Delhi) to Badsa (Jhajjar) where an outreach OPD of the AIIMS is running and a heart care as well as National Cancer Hospital are coming up, Khattar said.

Bahadurgarh today became the third city of Haryana to be connected with the Delhi Metro after Gurgaon and Faridabad.

The 11.2-km-long fully-elevated Mundka-Bahadurgarh corridor is part of the Delhi Metro’s Green Line.

Khattar thanked Modi and said the central government has given many projects to the state which shows “special affection of the PM towards Haryana”.

“It will not only benefit about 1.5 lakh passengers, who travel daily to Delhi and back, but other citizens, too, would experience ease of living as they would face less traffic congestion on roads,” he said.

Congress’ Rohtak MP Deepender Singh Hooda was also among those present at the inauguration function here.

Khattar also told reporters that the Kundli-Manesar-Palwal Expressway is nearing completion and Prime Minister Modi will be inaugurating it.

A part of this expressway, from Palwal to Manesar, has already been made operational, he said.

The central government has sanctioned 11 National Highways in Haryana, having a length of 907 km, which will further expedite the pace of development in the state, the chief minister said.

Khattar said he has received a number of proposals for naming the three metro stations, falling in the territory of Haryana on the Mundka-Bahadurgarh Metro line, which was inaugurated today.

He said all these proposals will be sent to Union Minister Puri’s office and the committee of the Delhi Metro, constituted for the purpose, would take the final decision.

On being asked about the claims of opposition Congress that the present BJP government is inaugurating projects initiated during its regime, the chief minister said governance is a continuous process, and the works left incomplete by the earlier dispensations are completed by the succeeding government.

Did the previous Congress government in Haryana not complete the works left incomplete by the earlier INLD dispensation or did former prime minister Manmohan Singh not resume work on incomplete projects, he said.

There were hundreds of places on the Delhi-Amritsar National Highway where work was stalled during the previous regime, but the present BJP government took up all these works, Khattar said.

At the same time, the Haryana CM while taking a veiled dig at the Congress, said, “We have also corrected their misdeeds and provided relief to the people.”

On another question, the chief minister said all the 22 lakh students, from class 6 to 12, in private and government schools, will plant a sapling each during the next three months.

In this way, 22 lakh saplings will be planted, which will improve greenery in the state, he said.

Puri, who was also present on the occasion with Khattar, said the process to approve the proposals sent by the Haryana government will be expedited and approval will be sent as soon as possible. PTI 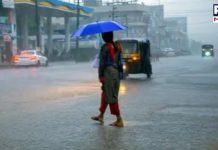 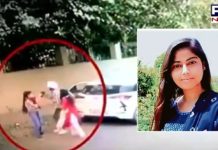 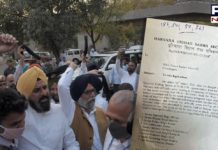 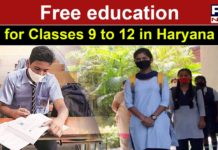 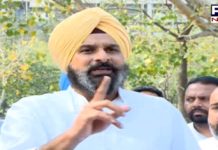 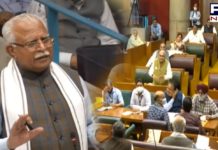